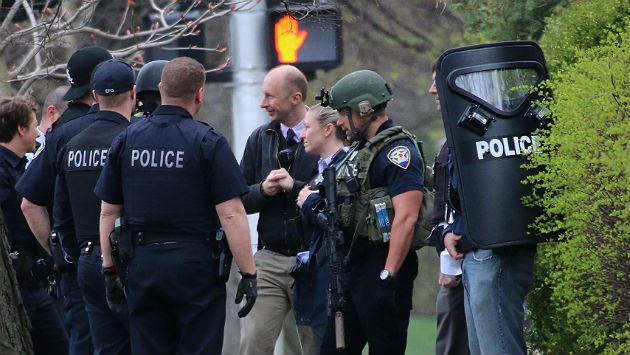 Update 4:25 p.m.: Evanston police say they have a suspect in custody who tried to evade officers who found him inside a vacant home in the 1300 block of Asbury Avenue just before 3 p.m. this afternoon.

Police Cmdr. Joseph Dugan says the 25-year-old man resisted officers who tried to arrest him inside the three-story stucco home located in the Ridge Historic District. Police used a Taser to try to subdue him, Dugan says, but he pulled out what appeared to be a gun and waved it at the officers. 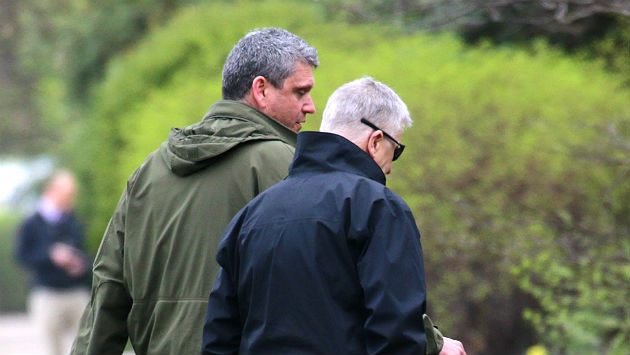 With that, Dugan says, the officers fired two shots at the fleeing suspect but missed him As he ran off, other officers also fired shots as they chased after the suspect who was finally captured in the 1300 block of Greenwood Street. 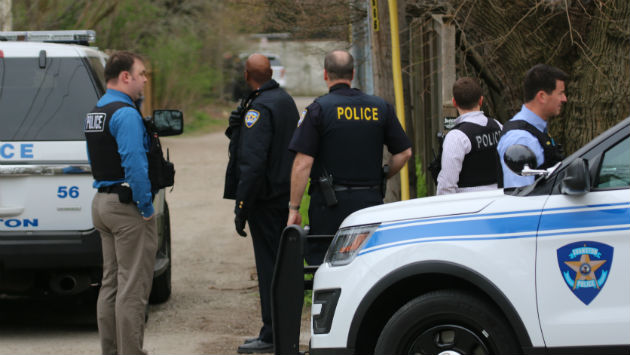 Police in the 1300 block of Greenwood, where the suspect was taken into custody.

Police then searched the home but found no one else inside.

Traffic was blocked on several streets surrounding the scene for about an hour until police were able to clear the area.

Dugan says charges are pending against the man in custody. Officers are also examining the weapon they recovered from him to determine whether it's a real semi-automatic handgun or a replica.

Dugan says officers involved were shaken up, but not physically injured in the incident.

Update 6:40 p.m.: Cmdr. Dugan says evidence technicians have determined that the gun recovered was a BB gun that has the same appearance as a handgun.