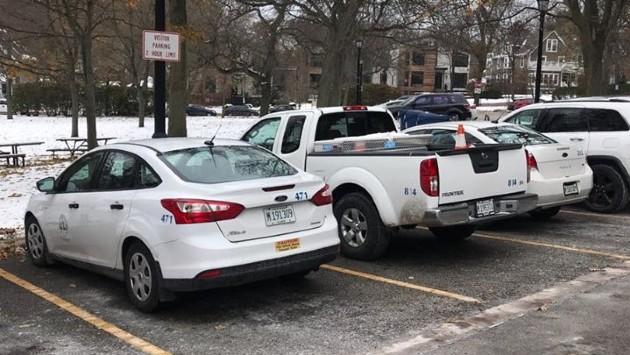 The question of whether city workers should have to pay when they get a ticket for illegally parking a city vehicle underlies a controversy that’s expected to flare during public comment at Monday’s City Council meeting.

Kevin Brown. community services manager in the city’s Parks Recreation and Community Services Department, says on his Facebook page that he was fired Friday.

He says the reason he was given for his dismissal was that he had used a city credit card to pay the parking tickets that workers in his unit had incurred parking city vehicles in a two-hour parking zone in the Civic Center Parking lot.

Brown claims the ticket issue “is not the real reason” city officials chose to terminate him, but just a pretext, and that vehicles from other city units are not ticketed under similar circumstances.

Brown, who reports to Parks Director Lawrence Hemingway, says Hemingway notified him on Oct. 31 that he was being placed on administrative leave, pending a disciplinary hearing.

Neither Brown nor Interim City Manager Erika Storlie has responded to messages from Evanston Now on Friday seeking comment on the dispute.

But Nina Kavin on her Dear Evanston Facebook page this morning quotes Brown as saying he has been under attack “by certain senior staff in the city since almost the day I arrived in February 2012. Part of it stems from me being [an] outspoken person on equity, race, racism and justice. That bothers certain people.”

In his own Facebook post Brown encouraged supporters to turn out for Monday’s City Council meeting to protest his dismissal.

Brown’s unit is scheduled to be transferred to the city’s Health Department, headed by Ike Ogbo, at the start of next year.

Evanston Now this morning filed a Freedom of Information Act request seeking information on city policies regarding how parking tickets issued to city employees are to be handled.

Brown created controversy during last year’s city budget season after he publicly objected to a move by then City Manager Wally Bobkiewicz to move him to head a new workforce development program sought by Mayor Steve Hagerty and replace him as head of the youth and young adult program with Ken Cherry, manager of the Fleetwood-Jourdain Community Center.

After at least one alderman sought to overrule the change, Bobkiewicz ultimately dropped the plan to reassign Brown.