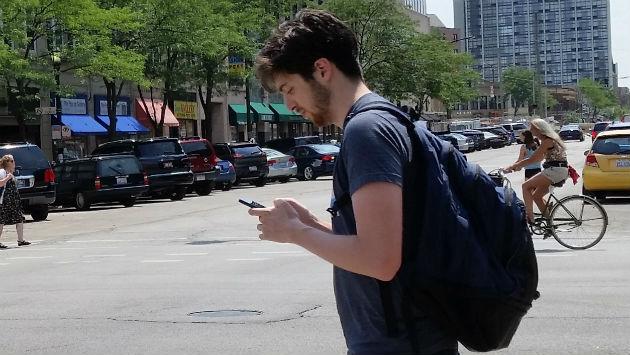 Evanston, which was a regional leader in banning the use of cellphones while driving, now has a precedent to cite should it choose to go after another peril of modern life — pedestrians who cross the street while staring at their phones.

The new law in Honolulu still lets pedestrians talk on their cellphone while crossing a street or highway — but bars them from looking at a device — whether its a phone, laptop, tablet, video gaming device or pager. 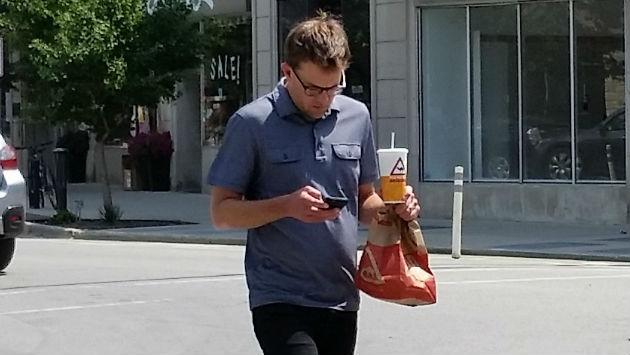 The Hololulu Police Department says it will start issuing citations for violations after a three-month education and warning period. Fines could range from as little as $15 for a first offense to as much as $99 for a third violation within 12 months.

Alderman Jane Grover, who pushed the distracted driving rules earlier this decade, has left the City Council, so another alderman would have to pick up the cause here. 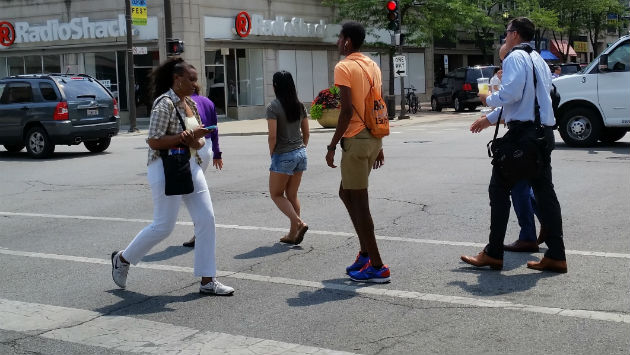 The third of the three people seen staring at a screen while crossing the street during six minutes of observation at Church and Sherman early this afternoon.

After the distracted driving ordinance went into effect in Evanston, police said it contributed to a reduction in the number of traffic accidents in town.

The dangers of texting while walking have been widely reported by publications ranging from the New York Times to the Wall Street Journal, but until now governments haven’t seen fit to intervene.