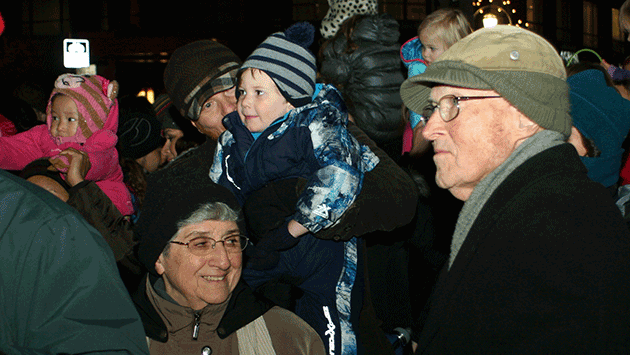 America’s population is growing — in absolute numbers and in diversity. In this election season, Evanston Now is asking you — and the mayoral candidates — whether Evanston should be growing as well.

Once upon a time Evanston’s population grew proportionately faster than that of the state and the nation. 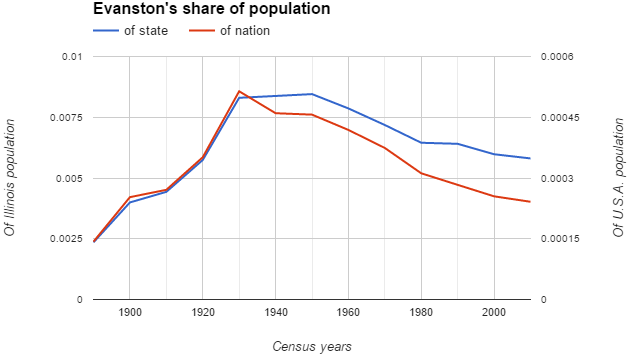 Despite racial segregation and other problems, Evanston in many ways was a “welcoming community” then — with a broad array of single- and multi-family housing stock, including modest workman’s cottages and bungalows … 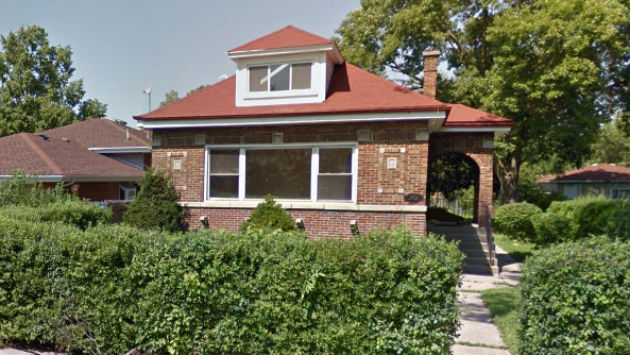 … like this bungalow at 2323 Lake St. that my paternal grandparents bought new in 1930, on his salary as a clerk at the Evanston post office.

After 1930, the pattern changed. While Evanston’s total population continued to gradually increase to a peak of 79,808 in 1970, its share of the national and state population leveled off and then began to fall dramatically.

Evanston was almost fully built up by 1960, and with a decline in industrial and office jobs in the city and the hollowing out of downtown retail following the rise of the suburban mall, the city’s population hit its modern era low of 73,233 in 1990. 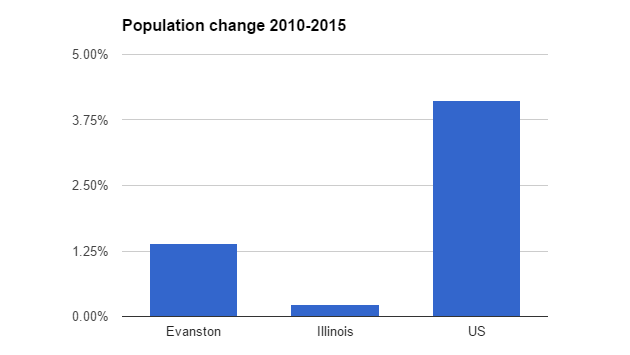 Since then there’s been some modest growth — reaching its fastest pace between 2010 and 2015. Evanston’s population now is growing faster than that of Illinois, but still much more slowly than the nation as a whole.

Arguably Evanston has become a more desirable community in recent years, as some Americans reject suburban sprawl for more urban, walkable neighborhoods with easy access to jobs and public transit.

If supply doesn’t keep up with demand, a more attractive community will become less affordable

But many residents object to any changes in the familiar fabric of the town.

Read what the mayoral candidates said: