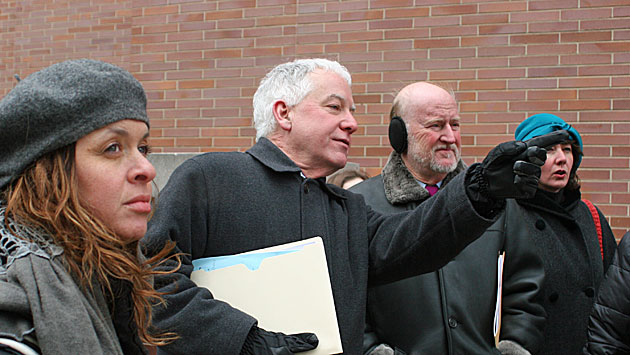 It was a brutally cold day for a walking tour, but about 30 Evanston arts advocates pressed on this morning anyway — showing off the potential for arts development downtown to the visiting chairman of the National Endowment for the Arts.

Rocco Landesman, whose agency has provided $50,000 in funding to develop an architectural study and financial plan for the development, was shown a variety of sites in the downtown area that might become new theatrical venues — ranging from the old Varsity Theater on Sherman Avenue to a city-owned parking lot on Chicago Avenue near the downtown library. 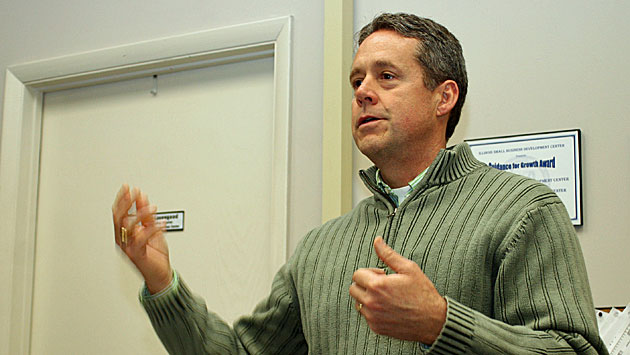 At a discussion session inside the Downtown Evanston office, city officials, including Community and Economic Development Director Steve Griffin, described how they'd like to leverage future federal aid with income from the city's tax increment financing districts and the amusement tax.

They also pitched the city's assets as an active dining and entertainment district, transportation assets to draw visitors, the active arts community and the arts resources at Northwestern University 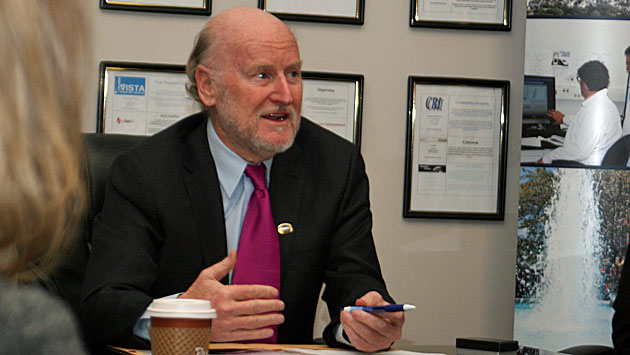 Rocco Landesman speaking to the gathering at the Downtown Evanston office.

Landesman says he sees the arts as a way to jump start other economic development in communities — and pointed to the decision in Chicago decades ago to restore old downtown vaudeville houses for new theatrical uses as one of the keys to the revitalization of the Loop.