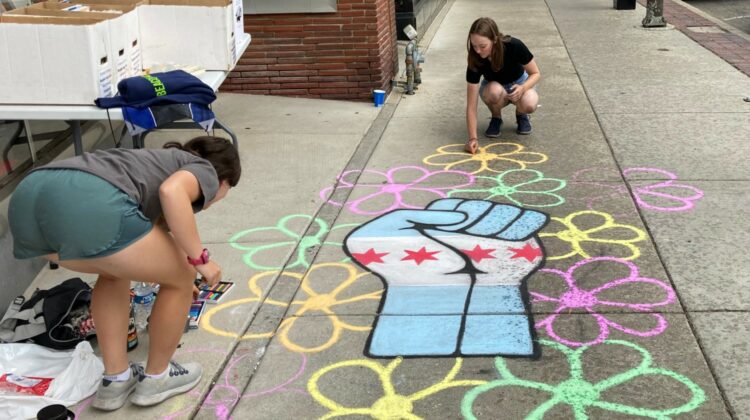 It’s sometimes said that to an artist, the world is their canvas. But to the artist who works with chalk, that canvas can be a sidewalk.

This year, on Davis Street, she drew a fist inspired by George Floyd protests. That fist had City of Chicago stars in the middle, and was surrounded by flowers.

“It was very important” to make a statement, Buchko said, whose chalk drawing last year also had a Black Lives Matter theme.

Buchko said while she has taken art classes before, art is now “just a hobby.” 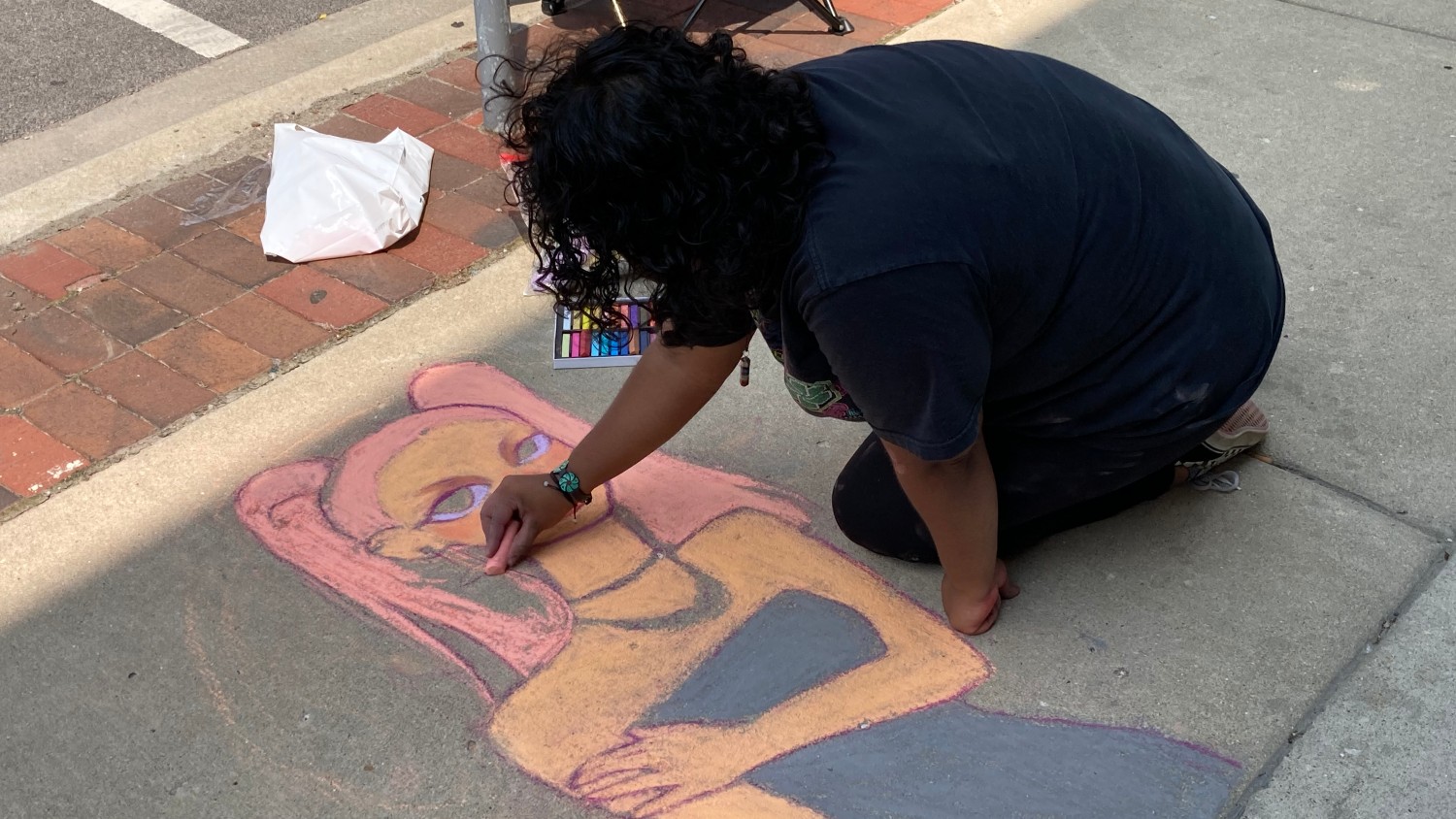 Around the corner on Sherman Avenue, 17-year old Mitzin Bartolo was outlining a woman, with chalkwork jewelry to be added later.

Bartolo, who spent three years at the Chicago High School for the Arts before moving to Aurora for her upcoming senior year, said the drawing was “just what I’m feeling now. I decided when I got here.”

Bartolo said she wants to study history in college, but would like to stay active in art as “something I’d like to keep doing as a sidelight when I grow up.”

For a brief while in the afternoon, it started to rain, and it looked like all the artwork would be washed away. But the rain stopped, leaving a rainbow not in the sky, but on the sidewalk.

Update 7/24/21: Buchko ended up taking second place for the second year in a row. Her sidewalk art, in front of the Comix Revolution store, earned her a $150 prize.

Third place ($75) went to Joe Taylor, a professional artist who works at Blick’s Art Supplies, for his drawings in front of that store.

And the judges gave the first place prize ($200) to the chalk artist who decorated the sidewalk in front of Beck’s Books, Takoda Taylor, who is 12 years old and a student at Nichols Middle School.