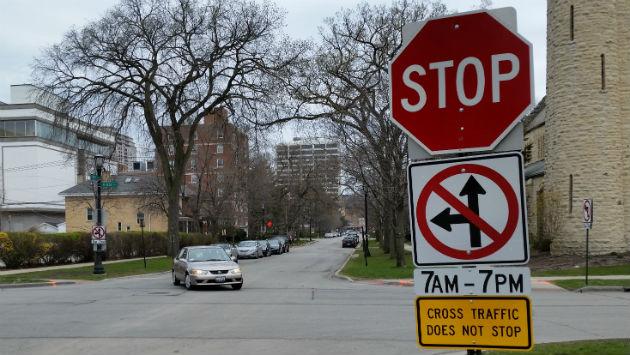 Today was the first day a daytime ban on left turns at the intersection of Ridge Avenue and Grove Street in Evanston went into effect. And if a few minutes spent at the intersection this afternoon was any indication — a lot of drivers aren't yet changing their old habits. 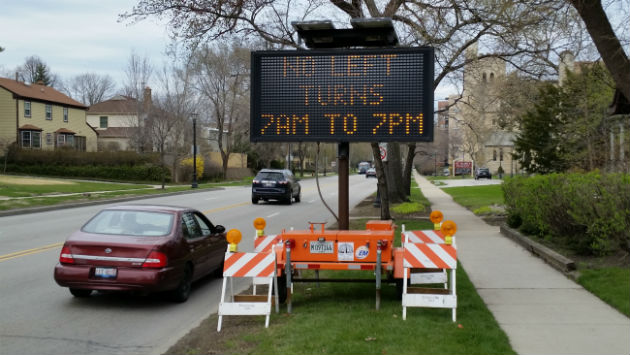 Even though big billboard signs have been up on Ridge, facing northbound traffic at Lake Street and southbound traffic at Davis Street warning of the impending change for weeks, you didn't have to wait more than a minute or so at Grove today to seek somebody violate the new rules.

Cars turned left onto Ridge from Grove …and left onto Grove from Ridge. Over and over again. 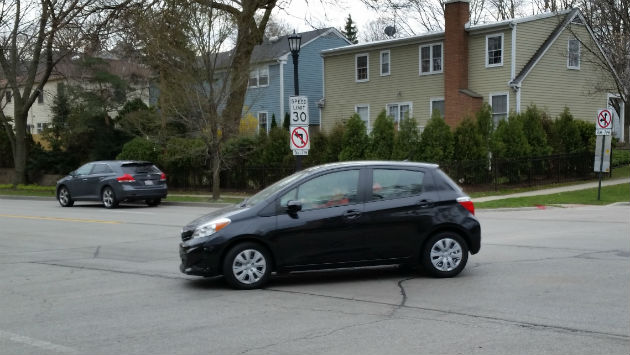 … and turning left onto Grove from Ridge.

This reporter didn't actually see anybody violate the third new restriction and go straight across Ridge on Grove.

Evanston Police Cmdr. Joseph Dugan says he's not certain what the timetable will be for rolling out enforcement efforts at the intersection, but within the next few days motorists can expect to see police officers there — perhaps initially just issuing warning tickets — but then starting to hit violators with fines.

The city decided to test the new traffic restrictions from now through October to see if they will cut down on accidents at the intersection.