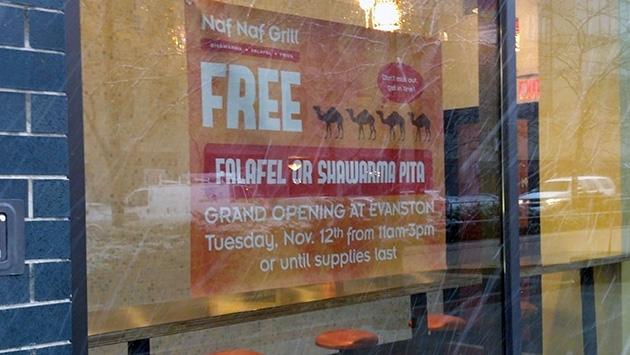 And the sign — if you could see it through this afternoon's snow — says it all: Free pita sandwiches through the lunch hour to celebrate the event.

The Naperville-based chain won approval last April for its location at 1629 Orrington Ave., in the old Border's bookstore space. Evanston will be the eighth Naf Naf Grill to open, and there are already two more listed as "coming soon" on the company website. 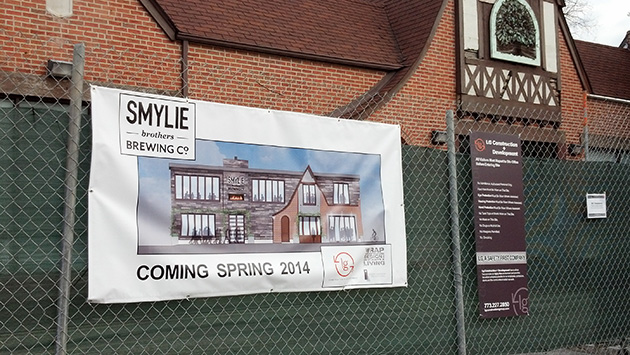 You'll have to wait until all this winter's snow has melted to check out Smylie Bros. brew pub. But construction got underway recently at the site on Oak Avenue across from the post office.

That project has been brewing since August 2012 when owner Michael F. Smylie asked for a liquor license.

The building at 1615 Oak started its life as a gas station and auto repair shop, then for many years was a natural foods market and was most recently occupied by the state unemployment office until it closed in 2010.

As the photo on the fence shows, Smylie's planning to add a second story to the front of the building and replace the parking area in front with an open dining area.