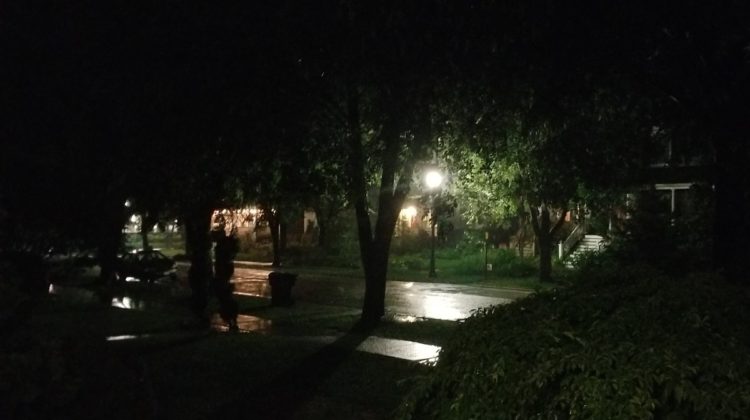 Many Evanstonians may have been startled out of bed late Sunday by sirens announcing a tornado warning for the area.

But while the city experienced heavy rain, it escaped the worst of the storm. The National Weather Service says a tornado did touch down and damaged about 200 homes in and around west suburban Naperville, Woodridge and Darien.

The twister is said to have had wind speeds as high aa 135 mph and five people have been reported injured.

This morning ComEd’s outage map shows the path of the storm through the western suburbs with major power outages there — but no outages here in Evanston.

Stoneback says the city was experiencing a drought before the storm. He said last night’s rain should help with a project using water flow monitors inserted in the sewer system to try to calculate the need for modifications to the system as anticipated climate changes bring more frequent severe rain events.

The measurement portion of the study is expected to last through most of the summer. A report on the study’s conclusions is expected next spring.