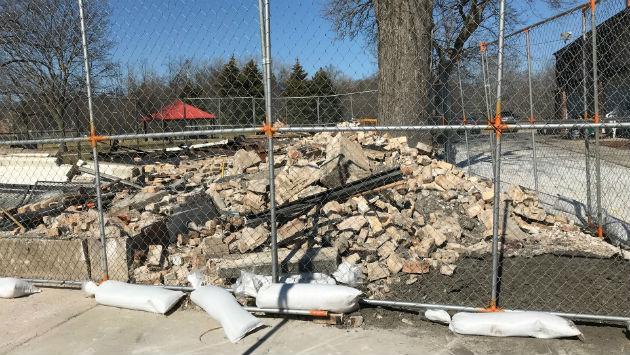 Removal of debris from the site at 1829 Simpson St. in Evanston where a vacant storefront scheduled to be converted to a restaurant collapsed Sunday morning is scheduled to start tomorrow.

Gerdes says Kats had permits to do demolition work inside the building and had been tearing out old material from the structure, which has been vacant for most of the past two decades in the days before the early morning collapse.

Gerdes says it’s believed that high winds were responsible for the collapse. 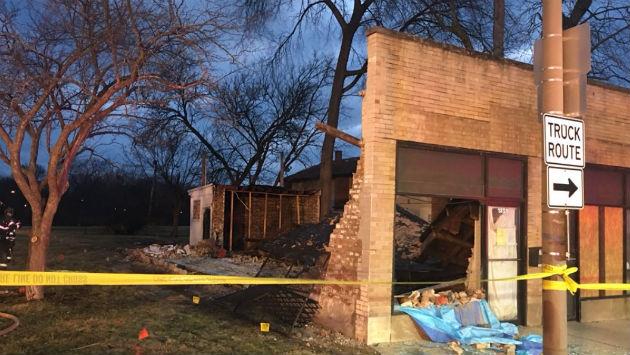 When the wind blew over the building it left the front facade and a portion of the rear of the building standing. Gerdes says city crews later in the day Sunday demolished what remained of the structure and put up construction fencing to protect the site.

Once the debris is cleared away, Gerdes says, Kats will need to file new plans with the city to build a new structure there and a determination will need to be made of whether the remaining foundation can support the new structure.