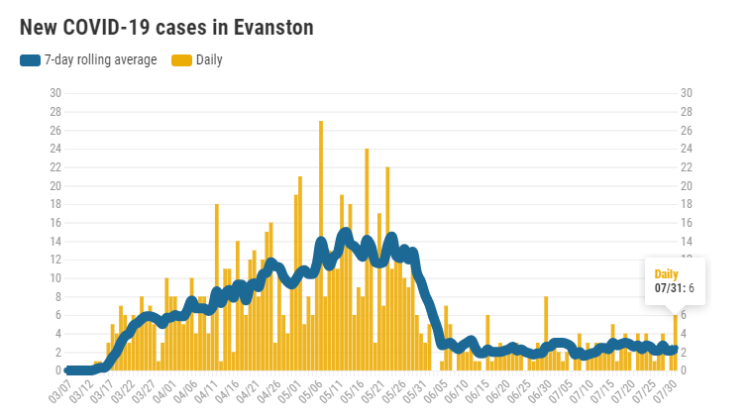 Evanston health officials reported six new cases of COVID-19 today, the highest daily number in a month, while statewide the case count hit 1,941 — a level not seen since late May.

Perhaps offsetting the rising case numbers slightly was a report from the Illinois Department of Health that it had received results of 49,782 tests today, the highest single-day number yet and the positive rate today declined to 3.9% from 4.3% on Thursday. The seven-day average positive rate now stands at 3.9%

The IDPH reported results of tests of 221 Evanston residents today and it reported five new positive cases here for a positve rate of 1.9% Three of the new cases were in the north Evanston 60201 ZIP Code, the other two in the south Evanston 60202 ZIP Code.