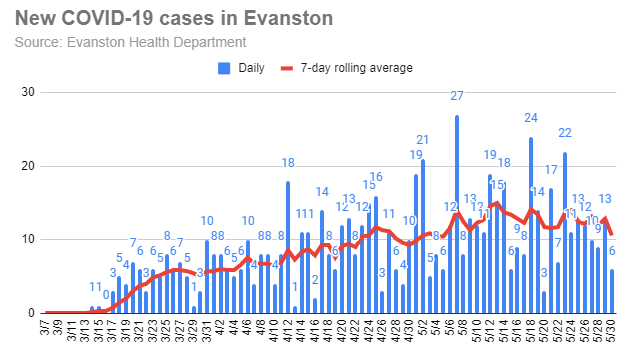 Evanston’s health department reported six new cases of COVID-19 among city residents today for a total of 716, while the statewide count rose by 1,462 to a total of 118,917.

The Illinois Department of Public Health reported nine new COVID cases in Evanston from among 126 people tested. The state and city daily figures tend not to match but over time add up to roughly the same totals. The current state total for Evanston is 716 cases, just one off from the city’s count.

Statewide 25,343 test results were reported today with a positive rate of 5.8% for the day and a 7.2% average for the past seven days.