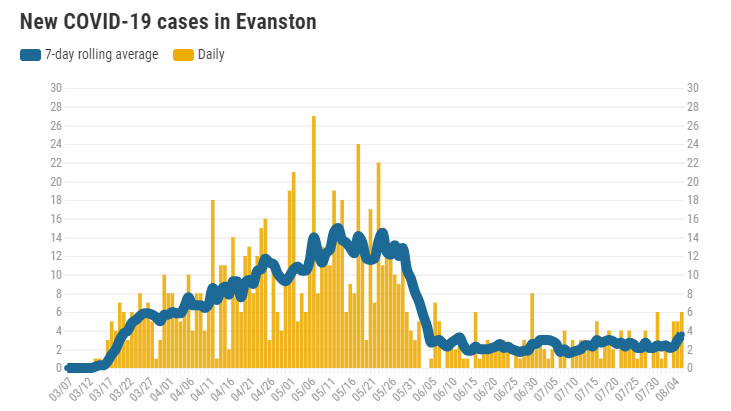 The IDPH reported test results for 214 Evanston residents today and said 11 of those results were positive for a positive rate of 4%. The IDPH count of total cases in Evanston now is a bit ahead of the city’s count at 889 cases.