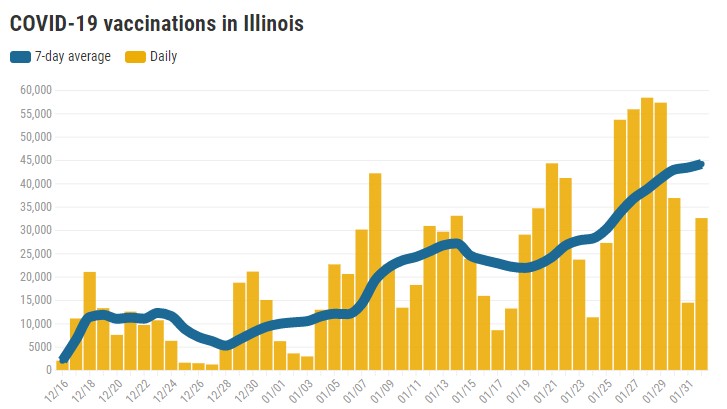 Region 10, which is suburban Cook County, moved into Phase 4 of the Restore Illinois plan today. That eases a variety of restrictions.

The Illinois Department of Public Health today reported that 32,559 people were vaccinated yesterday, compared to 14,422 the day before. A total of 1,028,968 vaccine doses had been administered as of yesterday, about 56% of the total 1,829,575 doses distributed to the state by the federal government. The IDPH says 1.78% of the state’s population is now fully vaccinated.

Suburban Cook County reported 329 new cases today for a total of 219,772 but its death toll remained unchanged at 4,244.

As of last night, 2,447 people in Illinois were reported to be in the hospital with COVID-19. Of those, 533 patients were in the ICU and 265 of those were on ventilators.