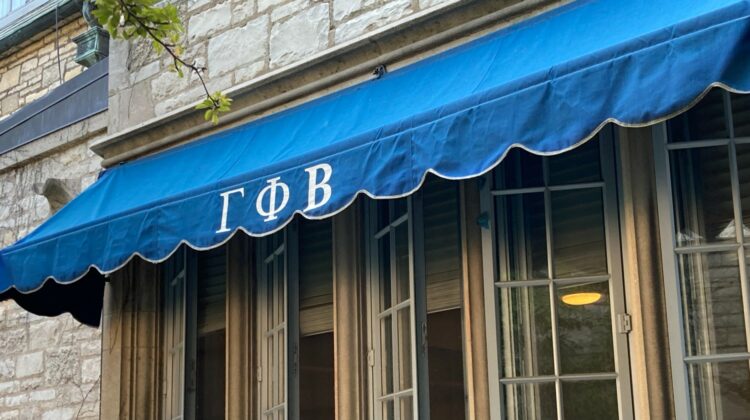 The houses of three Northwestern University fraternities and three sororities will be turned into dormitories for the 2021-22 academic year. Most of the groups had been on campus for well over a century.

While about 20% of Northwestern’s 8,000 undergraduate students still belong to a Greek organization, fraternities and sororities on campus have been buffeted recently over race relations and social policies and have had to face an Abolish Greek Life campaign on social media.

The COVID-19 pandemic, which saw all NU fraternities and sororities (and most dormitories) temporarily closing for health and safety reasons added another challenge in attracting new members.

For example, one of the sororities, Pi Beta Phi, posted on its national website earlier this summer that “with great sadness” the Northwestern chapter, founded in 1894, is closing.

“With declining membership and a persistent movement to cease all fraternal operations on campus,” the announcement stated, “the remaining chapter members’ commitment to Pi Beta Phi was unfortunately insufficient to sustain operations.”

University spokesperson Jon Yates said the conversion to dorms will add approximately 180 beds to the residence hall inventory, or about 4% of the total.

Yates said “for various reasons, all these [Greek] houses had low membership and decided to partner with our Residential Services for the 2021-22 academic year.”

One of the frats, Beta Theta Pi, has actually been empty since being placed on four years’ suspension in late 2018. News reports said the action was due to alcohol being served to minors. The fraternity’s national website indicates that the NU chapter has been “disbanded.”

With the six Greek houses becoming dorms, Northwestern is left with 12 fraternities and 10 sororities.

NU’s Yates says that for many students, Greek life “remains a key aspect of their experience at Northwestern,” and adds that “national trends show an increased interest in fraternity and sorority membership even as campus population fluctuates.”

However, at Northwestern, at least for now, fraternities and sororities face a major challenge. A late 2020 article in Chicago Magazine had the following headline: “Northwestern Greek Life is Imploding.”

Fraternities being converted to dorms and (founding date at NU):

Sororities being converted to dorms and (founding date at NU):