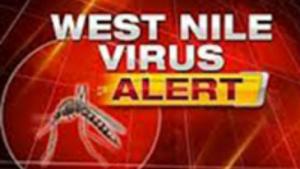 Evanston’s Health Department is reporting six cases of West Nile disease so far this year. As a result, an additional night of spraying has been announced by the North Shore Mosquito Abatement District.

Last week, the district announced it would be spraying for mosquitoes from Gilson Park in Wilmette south to Golf Road in Evanston Monday night. The rest of Evanston is now on the spraying schedule for Tuesday night, according to Dave Zazra, the district's communications manager.

"There are six cases reported in Evanston so far, and we expect that number to increase," Zazra said.

“We urge people to continue to protect themselves by following the three R’s – reduce exposure to mosquitoes, repel them by wearing insect repellent, and report areas where mosquitoes typically breed,” advises the city's Health Department Director, Evonda Thomas.

The Illinois Department of Public Health (IDPH) has reported 21 cases in the state, and the Centers for Disease Control has reported 693 cases nationwide, which is the most ever reported during this time period since the West Nile virus was first detected in the U.S. in 1999.

The virus that causes West Nile in humans is transmitted through the bite of a mosquito that has picked up the virus by feeding on an infected bird.

Common symptoms include rash, fever, nausea, headache and muscle aches. Symptoms may last from a few days to a few weeks. However, four out of five people infected with West Nile Virus will not show any symptoms.

In rare cases, severe illness, including meningitis or encephalitis, or even death, can occur. People older than age 50 are at higher risk for severe illness from West Nile virus.

Thomas advises that the best way to prevent West Nile disease or any other mosquito-borne illness is to reduce the number of mosquitoes around your home and to take personal precautions to avoid mosquito bites.