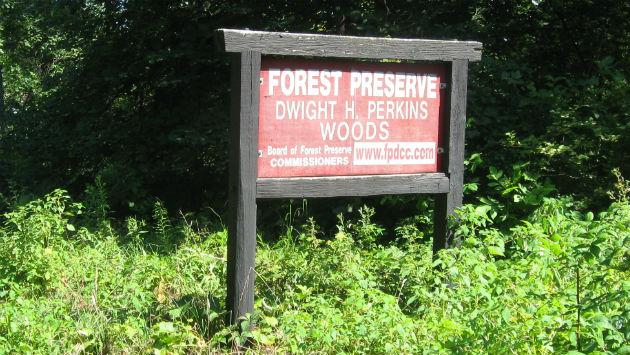 Recent July rains have provided ample breeding grounds for mosquitoes, and people who live near forest preserve areas, such as Perkins Woods in northwest Evanston, are especially feeling the bite.

As taxpayers, Evanstonians contribute to the activities of the North Shore Mosquito Abatement District, whose mission is to decrease the probability of mosquito borne illness and to minimize the negative impact mosquitoes have on the quality of life in the district.

Many portions of the district are experiencing increased adult mosquito activity, according to a district release issued today, and “locations closer to Forest Preserve property and other flooded woodland areas are the most affected.”

A walk through Perkins Woods today, located just west of the Lincolnwood Elementary School in northwest Evanston, provided a glimpse of some ideal living quarters for Floodwater mosquitoes, which go from babies to adults in about a week to 10 days. 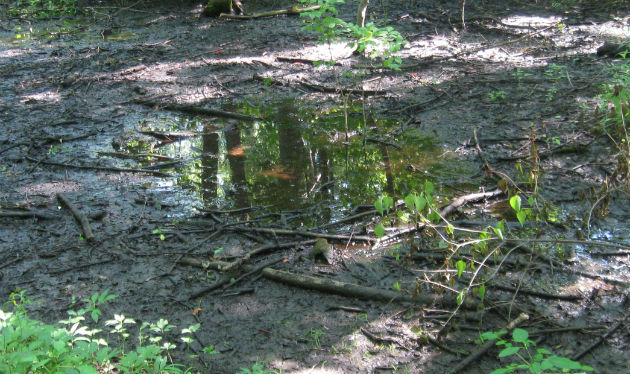 Fortunately, this variety is less likely than the Vector mosquitoes to be responsible for the dreaded West Nile disease, according to the district.

Nevertheless, the Floodwater variety happens to be a ferocious biter.

When the district engages in its periodic mosquito control operations, residents can hear the spraying machines late at night, as the procedure frequently occurs between 8 p.m. and 2 a.m.

Residents can be alerted to the scheduling of these operations, as well as learning a lot about mosquitoes, by signing up for email alerts on the district’s website.