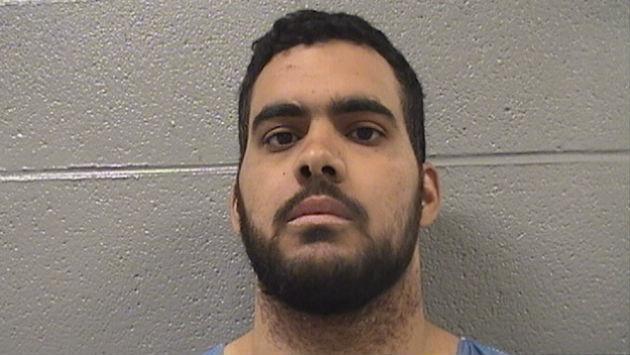 A 28-year-old Skokie man is being held in the Cook County Jail, facing felony burglary charges in connection with a breakin at a downtown Evanston store.

Evanston Police Cmdr. Ryan Glew says police responded about 3:50 a.m. on Thursday, Oct. 17, to a call of a burlgary at the Uncle Dan’s store at 1600 Sherman Ave.

He says responding officers found a storefront window had been broken out and inside the window was a clothing rack that appeared to be stripped of merchandise. There was also apparent blood on the scene indicating the burglar had injured himself.

After calling local hospitals, police learned that there was a patient in the St. Francis emergency room being treated for lacerations to his hands.

Glew says officers went to the hospital and learned that the patient, Zachary Spear, of the 8900 block of Laramie Avenue, claimed he had sustained his injuries when he was struck by a car while riding his bike. But officers noticed that the bike was not damaged.

Glew says Spear matched images captured by a city camera of a subject in the area of the Uncle Dan’s at the time of the burglary and that he was found to be in possession of North Face coats taken in the burglary.

Spear was treated and released from St Francis. He was arrested and transported to the Evanston Police Department where he was charged with burglary.