It turns out that Evanston is included in a new mapping feature the search engine company Google launched Tuesday. 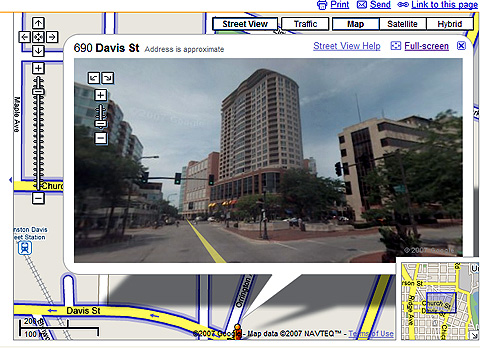 A Street View image of Fountain Square and Sherman Plaza.

Google officials said Monday they were going to add street-level 360-degree images of at least some portions of Chicagoland to the service, but they were shy about saying how broad the coverage would be.

Now it’s clear we’re all there, so you might want to check out your house. Go to maps.google.com, type in your address and click "Street View."

My house? Well, you can hardly see it for the trees.