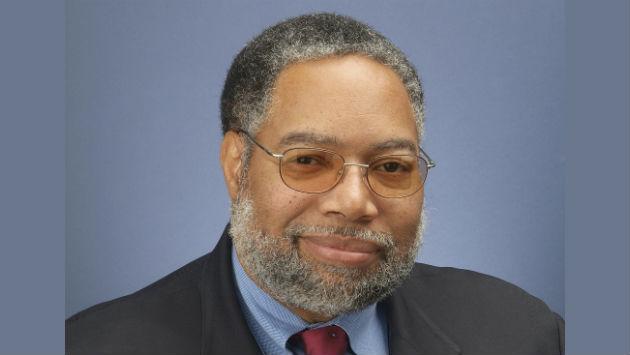 Bunch, who has served as the museum’s director since 2005, also will receive an honorary degree from Northwestern, along with five other distinguished leaders in the arts, sciences, business and philanthropy.

The commencement ceremony, Northwestern’s 161st, will be held at 9:30 a.m. Friday, June 21, at the University’s Ryan Field in Evanston.

“I am honored to be able to acknowledge the achievements of such an important educational institution, whose willingness to embrace issues of diversity and inclusion provides an important model for us all,” Bunch said. “I look forward to participating in its graduation ceremony.”

Bunch, a noted historian, curator and author, shaped the museum’s mission and directed its collections, exhibitions and public programs. The museum has become one of Washington, D.C.’s most revered and popular destinations. Since its opening, it has drawn more than 5 million visitors.

Before he became the museum’s director, Bunch had served as president of the Chicago Historical Society and curator of history and program manager for the California Afro-American Museum, in addition to holding various positions at the Smithsonian’s National Museum of American History.

He has written a number of books and essays on broad-ranging topics from blacks in the military and sports to all-black towns and the American presidency. He also has given lectures and presentations to museum professionals and scholars worldwide.

The American Association of Museums named Bunch one of the 20th century’s most influential museum professionals, and Presidents George W. Bush and Barack Obama appointed him to the Commission for the Preservation of the White House.

Others who will receive honorary degrees:

She delivered two globally influential TED talks, “The Danger of a Single Story” in 2009 and “We Should All Be Feminists” in 2012. Her most recent book, “Dear Ijeawele, or a Feminist Manifesto in Fifteen Suggestions,” was published in 2017.

Alan Kay is one of the world’s foremost computer scientists and a pioneer of personal computing. After earning a bachelor’s degree from the University of Colorado and an M.S. in electrical engineering and a Ph.D. in computer science from the University of Utah, Kay became a researcher at the Stanford Artificial Intelligence Laboratory. Kay then joined the Xerox Palo Alto Research Center as head of its Learning Research Group.

He went on to work for Atari, Apple, Hewlett-Packard and Walt Disney Imagineering. In 2002 Kay established the Viewpoints Research Institute to support educational media for children.

Bernard Osher started the Bernard Osher Foundation in 1977 to improve the quality of life through support for higher education and the arts. A graduate of Bowdoin College, Osher pursued a successful business career with his family’s hardware store in Maine, Oppenheimer & Company, World Savings, and Butterfield & Butterfield, a fine art auction house in California.

Through the Osher Foundation, he has established postsecondary scholarships at more than 250 institutions across the country, a national network of 123 Osher Lifelong Learning Institutes and seven Osher Centers for Integrative Medicine in the U.S. and Sweden.

He is vice chair of the American Himalayan Foundation, in addition to being affiliated with a number of other philanthropic and nonprofit boards. Osher has been named a Knight of the Polar Star by the King of Sweden, Commendatore by the Italian Republic and a fellow of the American Academy of Arts and Sciences.

Shirley Welsh Ryan is nationally recognized for her work supporting early detection and intervention for infants’ motor, sensory and communication development to optimize their physical development.

A University of Notre Dame trustee, she was appointed by two U.S. presidents to the National Council on Disability. Since 1985, as chair and cofounder with her husband, Patrick G. Ryan, she has led Pathways.org’s clinic, the first pediatric multidisciplinary facility on Chicago’s Northshore.

In 1990, the Pathways.org Medical Round Table created the first Infant Milestone Chart of typical and atypical development endorsed by the American Academy of Pediatricians. The chart and Pathways.org’s video-based, game-based website are used today by 300 institutions of higher learning and millions of parents.

Pathways.org is now part of the Shirley Ryan AbilityLab, ranked the top U.S. rehabilitation hospital for the past 28 years. In 1976, she founded Northwestern’s graduate-level Learning for Life lecture series, which continues today. She holds Northwestern’s highest alumni honor, the Alumni Medal.

Andrew Youn is cofounder and executive director of the One Acre Fund, which provides smallholder African farmers with financing and agricultural training to increase yields and reduce hunger. A graduate of Yale University and a former management consultant at Oliver Wyman, Youn received his MBA from Northwestern’s Kellogg School of Management.

After visiting Kenya as an MBA student in 2005, he and John Gachunga cofounded the One Acre Fund the following year, initially serving 38 Kenyan farm families.

The organization has since expanded to Rwanda, Burundi, Tanzania, Uganda and Malawi, and its full-time staff of 7,000 now serves more than 750,000 families per year. Youn is the recipient of an Echoing Green Fellowship, a two-year stipend that allowed him to pursue the One Acre Fund full-time, and also the cofounder of D-Prize, an organization that funds early-stage startups to distribute proven life-enhancing technologies. He currently lives in Rwanda.