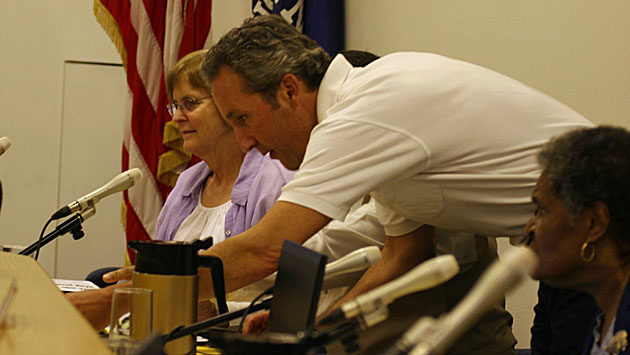 Evanston's City Council Chambers were evacuated for more than 20 minutes in the middle of Monday night's council meeting after an apparent short circuit in an electrical outlet caused an acrid odor to spread through the front of the room. 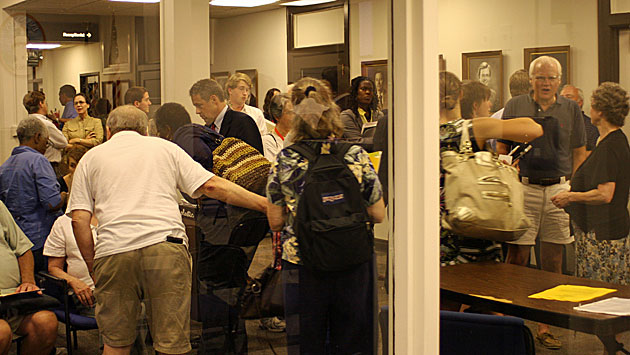 Top: Fire Chief Greg Klaiber inspects the smoking outlet. Above: Spectators wait in the council chamber lobby for the meeting to resume.

Fire Chief Greg Klaiber, after examining the smoking outlet built into the desk near where the mayor sits, called for an engine company with a thermal imaging camera to respond to the room and check the raised wooden dias that the aldermen sit behind to be sure the hot spot hadn't spread. 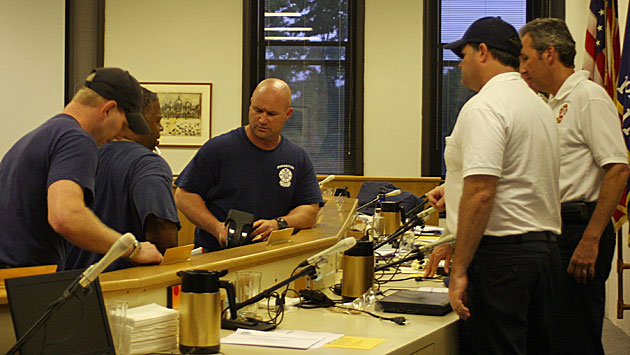 A firefighter checks a reading from his thermal imaging camera.

After that, and with power to the outlet apparently turned off, a custodian used electrical tape to temporarily tape off the offending outlet, and the meeting resumed — but without the system of lights and switches that aldermen use to signal the mayor that they wish to speak. That gear had been plugged into the malfunctioning outlet.