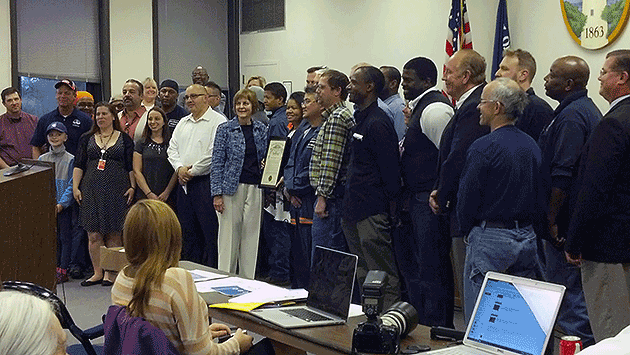 Dozens of Evanston city employees got handshakes and thank you cards from aldermen Monday night for their efforts in responding to the city's record-breaking snowfalls this winter.

Public Works Director Suzette Robinson said workers from divisions including parks, sanitation, fleet, forestry, streets and utilities were directly involved in moving the snow and employees from other departments ranging from police to administrative services also helped out.

The 90.9 inches of snow has left a $600,000 deficit in the city's snow removal budget, but City Manager Wally Bobkiewicz said that, based on overall first quarter financial results — which show income running somewhat ahead of expenses — the city should be able to find the money to fill that budget hole.