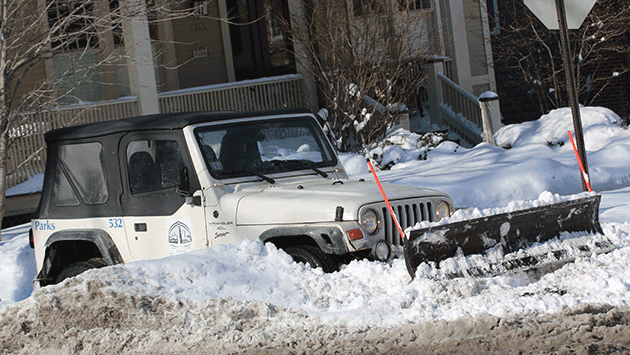 Another 195 drivers had their cars towed yesterday on the second and last day of the snow emergency parking restrictions on residential streets following last weekend's blizzard.

That storm dumped more than 20 inches on the city and another inch or so fell Tuesday afternoon and evening. Now forecasters say we could get another half inch or less of snow around midday today, and colder weather is due on Thursday.

He says the crews working overnight last night hauled snow from business districts at Church and Dodge, and along Howard, Emerson, Asbury and Green Bay as well as downtown.