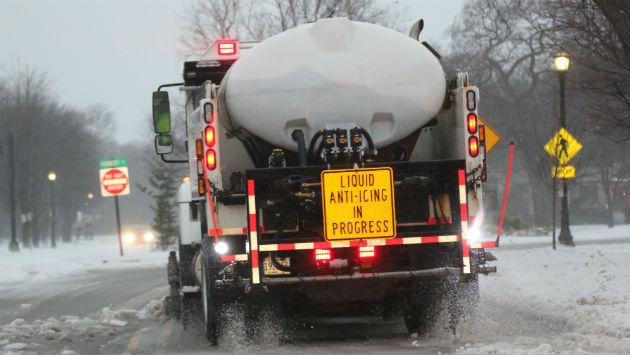 It looks like a full-day snow storm is about to arrive in Evanston.

James Maiworm of the city's Public Works Agency says steady snow is expected to begin falling after 6 p.m. tonight and continue until about 11 a.m. Sunday. Then after a brief pause, Maiworm says, it's expected to start up again early Sunday afternoon and fall steady until 8 or 9 p.m. Sunday night.

At this time, he says total snowfall for the Evanston area is expect to be six to eight inches.

Public Works has been monitoring this storm for the past several days, Maiworm says, and crews are anti-icing all main and secondary streets. Crews will be working “around the clock” starting at 5 p.m. tonight to clear streets, sidewalks and parking lots.

A snow-route parking ban is anticipated for Sunday night with snow emergency parking rules likely to be in force on Monday and Tuesday.