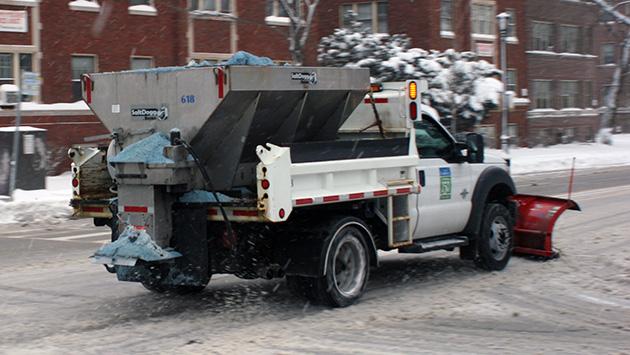 The National Weather Service says Evanston could get two to four inches of snow from around 4 p.m. to midnight on Monday.

Snowfall rates of up to an inch per hour are possible, and slippery road conditions and reduced visibilities are expected.

Monday’s high temperature is expected to be around 37 degrees, with an overnight low at the freezig mark and then a high of 36 degrees on Tuesday, so it’s possible any snow on the sidewalks will melt on its own.

A mix of rain and snow is expected by late in the day on Tuesday.

Update 8:55 a.m. 3/5/18: EdgarCano of the city’s Public Works Agency says that with temperatures expected to remain above freezing, he expects no more than a half inch to accumulate on pavement and perhaps an inch or more on lawns.

He says the city agency is preparing equipment for the storm and personnel will be in during hours of precipitation.