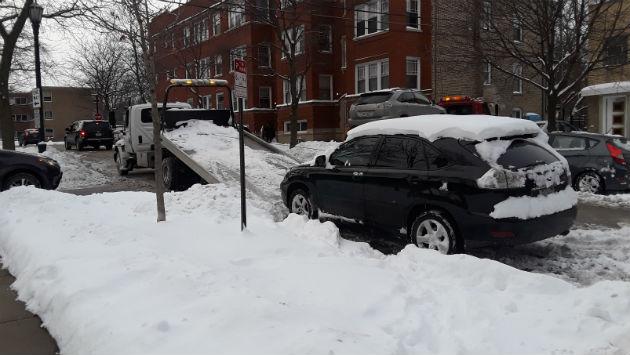 Evanston City Manager Wally Bobkiewicz says that because of record-breaking cold expected later this week, the city needs to get a head start on removing snow from the storm expected to arrive tonight.

So he’s declared a daytime snow emergency for Monday and Tuesday and a snow route parking ban for Monday night.

If we get lucky, and don’t get four inches of snow by 8 a.m. Monday, he says the snow emergency declaration will be rescinded.

Update 7:25 a.m. Monday: The city manager says the Public Works Agency is reporting about four inches of new snow from storm already on the ground with at least another inch expected in the next couple of hours. So the city is going ahead with the snow emergency declaration for today.

Bobkiewicz says he wants to minimize the number of city staffers who have to be on the street by Wednesday when the extremely cold weather hits.

The snow route parking ban applies from 11 p.m. Monday until 6 a.m. on Tuesday on the snow routes shown on this map.

Snow route violators will face tickets, towing to the tow yard and storage charges. Snow emergency violators face ticketing and towing, with the vehicles returned to the viciinity from which they were towed.