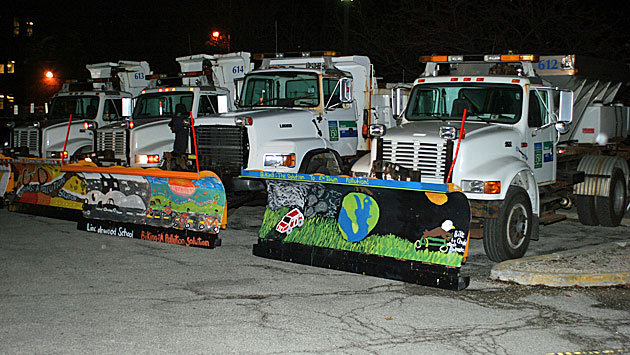 Could it have been cause and effect? Evanston public works crews gathered their snow plows at the Civic Center Monday night for the "Paint Evanston Plows" contest awards, and shortly thereafter the city got its first snowfall of the season. 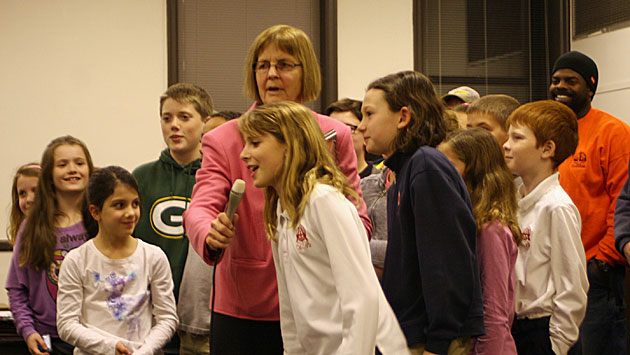 Inside the City Council Chambers, where it was a whole lot warmer, Madison McQuinn of St. Athanasius School, and other students on the winning paint teams got to announce their names for the cable TV audience, with Mayor Elizabeth Tisdahl holding the mike.

Besides St. A's, which won the "Evanston's Choice Award" in public voting, other winners were Oakton Elementary School for "Best Theme Spirit," Roycemore School  which got the "City's Vision Award." and Lincolnwood Elementary and Nichols Middle schools which won "Mayor's Choice" awards.

Ten schools participated in the contest, which this year carried the theme, "Biking, a Pollution Solution."

Fortunately the Monday night snowfall amounted to just a dusting.