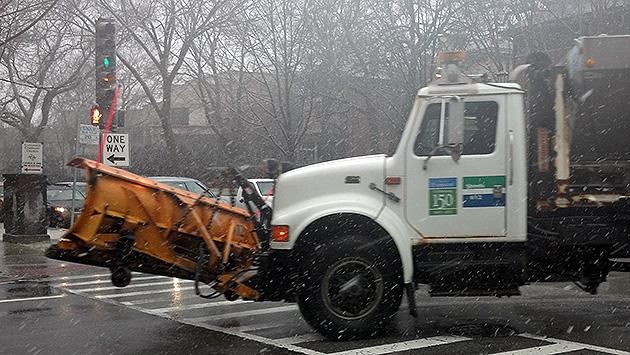 Evanston got another inch-and-a-half of snow overnight — and we may get another three to four inches before the storm wraps up this evening.

Snow emergency parking rules are in effect today and Friday — that means park on the odd side of residential streets today and the even side on Friday.

And a snow route parking ban will be in effect overnight tonight on major streets in the city.

Because very heavy snow was anticipated last night, Maiworm says, crews cut back on salt use overnight, but with it now looking like there won't be quite as much snow they're back to salting all streets this morning.

He says crews hope to have all roads clear by this evening's rush hour.

And City Manager Wally Bobkiewicz says residents with questions about parking rules or other storm-related issues can call the city's 311 center.

Bobkiewicz is also urging residents to clear their sidewalks today, since, with extremely cold temperatures expected this weekend, any snow left on the sidewalks will likely soon turn to ice.

Update 9 a.m. 1/2/13: To help people find a place to put their cars while snow parking restrictions are in effect, the city is now offering free parking in the three city-owned downtown garages through Sunday.

Public Works Director Suzette Robinson says residents should put recycling items out on the orginal one-day-delay schedule for this holiday week and that crews will work to have all the recycling pickups done by Sunday evening.

Trash is still being picked up by Groot on the one-day-delayed holiday schedule for the week.