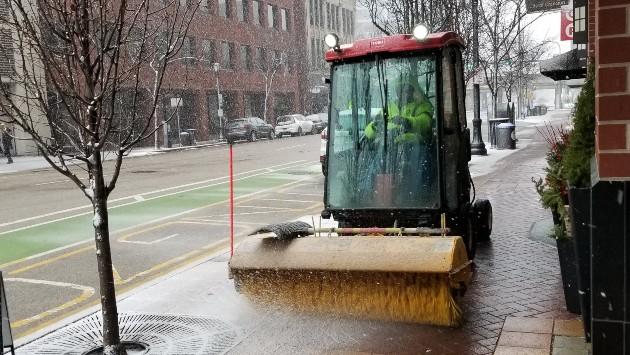 Edgar Cano of Evanston’s Public Works Agency says we can expect some snow starting this afternoon.

“We are expecting a weather system to enter our area shortly after 2 p.m. today,” Cano says. “This system may start off as rain or a rain/snow mix before turning to all snow. Expected accumulation totals for Evanston are 1 to 2 inches on grassy and elevated surfaces.”

Cano says that only a dusting to a quarter inch of snow is likely on the roads.

“At this time we do not expect this to be much of an event  in regards to operations,” he says, but crews have been put on alert.

The National Weather Service says the snow should stop no later than 7 a.m. Monday. With temperatures expected to be above or right at the freezing mark today and then reach a high of 43 degrees on Monday, the snow likely will melt on its own.