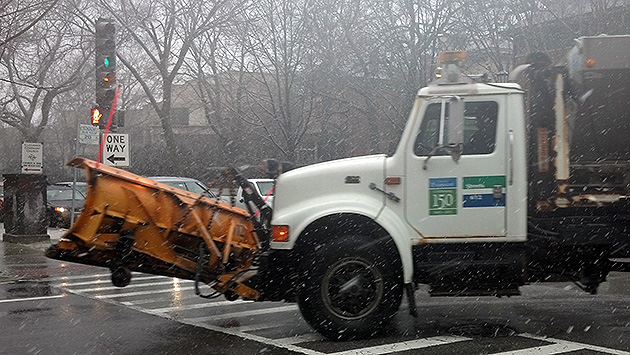 City officials say Evanston is expected to be hit with another snow storm overnight that will likely interfere with the morning rush hour.

Streets and Sanitation Superintendent James Maiworm says light snow is expected to begin around 11 p.m. or midnight and increase in intensity around 1 a.m.

The steady snowfall is expected to last until 8 a.m. Monday and then taper off to light snow and flurries until about 11 a.m., with a total expected accumulation of around 3 inches.

Maiworm says a full crew will be in tonight starting at 9 p.m. to start salting the roads ahead of the storm.

"We expect a steady snow to be falling during the morning rush hour" Maiworm says, and crews will work to keep main roads clear and to make a couple passes through the residential streets overnight.

He says cleanup is likely to extend into Monday evening.

City Manager Wally Bobkiewicz says there won't be any snow parking restrictions in place tonight, but there may be a need for them Monday night.