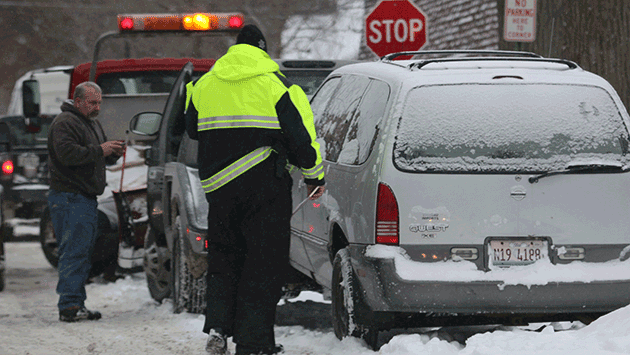 Evanston police and tow truck crews were out in force this afternoon removing cars illegally parked on the even-numbered side of residential streets during the city's snow emergency.

Three different teams of police and trucks were working the north, central and south sections of town, with as many as one car a minute being towed during the 4 p.m. hour to clear the way for snow plows.

The snow emergency parking ban switches to the odd-numbered side of streets on Thursday and will be in effect from 8 a.m. to 6 p.m. 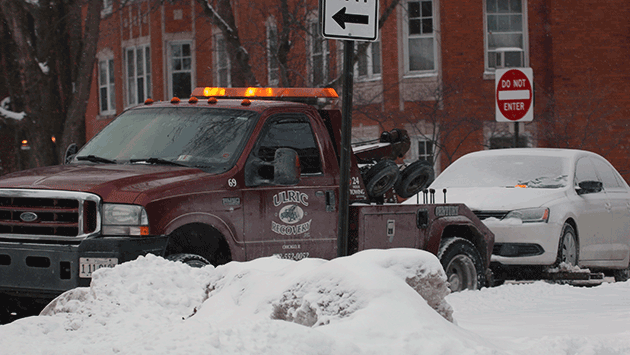 A car being towed on Prairie Avenue at Lincoln Street.

Update 5:28 p.m.: Assistant Public Works Director James Maiworm had praise for most residents — who have moved their cars to make way for the plows.

Maiworm says that with snow showers continuing to fall over Evanston, public works crews have moved back to the main roads, which have again become snow covered. Snow showers will continue on and off until 6 or 7 p.m. and will force crews to focus on re-plowing and salting streets overnight.

Maiworm says the overnight crew will try to start cleanup in the business districts but that may be delayed due to the continuing snow fall.