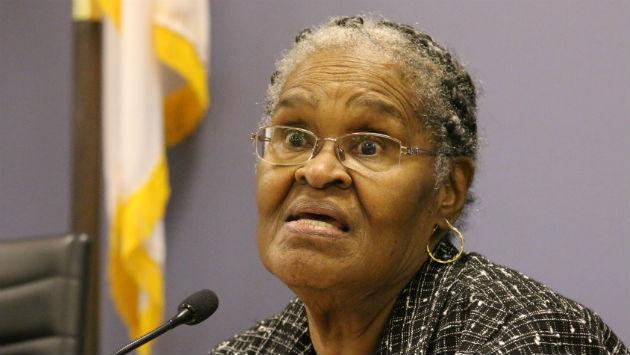 Since we're now less than a year away from Evanston's next aldermanic election, Evanston Now asked the current aldermen this week whether they're planning to run for office next year. So far we've only heard from one alderman who's not planning to run.

It's been two days since we first asked the question by email, and we'll update this story as we get more responses.

Update 6/3/16: Peter Braithwaite, who was appointed in 2012 and is now serving his first full term as alderman, says he plans to run for another term.

Melissa Wynne, who's nearing the 20-year mark as an alderman having first been elected in 1997, says, "I definitely plan to run for re-election.

"My experience on the Council has given me both a micro and macro understanding of Evanston  — we have great opportunities ahead of us that I want to help shape and we also have big challenges that I want to continue to work on and find solutions for. In short, I thoroughly enjoy the work and I am not done."

Update 6/3/16: Don Wilson, who was first elected in 2009 and is completing his second term in office, says he hasn't made a decision yet about running for re-election.

Delores Holmes, first elected in 2005, says, "I am definitely not planning to run.  For me I think three terms is enough, but I will keep an open mind and listen to the residents."

No word yet from Mark Tendam, who was first elected in 2009 and is completing his second term in office.

Eleanor Revelle, who was appointed to fill a vacancy earlier this year, says, "At this point I would say that I am indeed planning to run.

"I am finding it rewarding to work with 7th Ward residents to resolve issues that directly affect them.  And I am committed to working with my Council colleagues to address some of the big challenges facing the broader Evanston community, in particular affordable housing, youth violence, and economic opportunity."

Ann Rainey, who's been on the City Council longer than any other member having first been elected in 1983, says, "I am absolutely,  positively,  definitely seeking reelection."

"I've never felt so upbeat about the great eighth ward. All the residential areas look beautiful."

"I am looking forward to playing a leadership role in taking the commercial development on Howard Street to the next level. The first step of course is the completion of the theater and renting the two remaining city owned buildings to new and exciting prospects. The goal has always been to to prove to the private market that Howard Street is that great street!"

Brian Miller, who was appointed to fill a vacancy last year, says, "I'm definitely planning on running. I feel that there is a lot of work to be done to improve our city."

There's still considerable time for incumbents or challengers to enter the race.

The first day for candidates to circulate petitions to get on the ballot for the the April 4 election is this Sept. 20, and the petition filing deadline is Dec. 19.