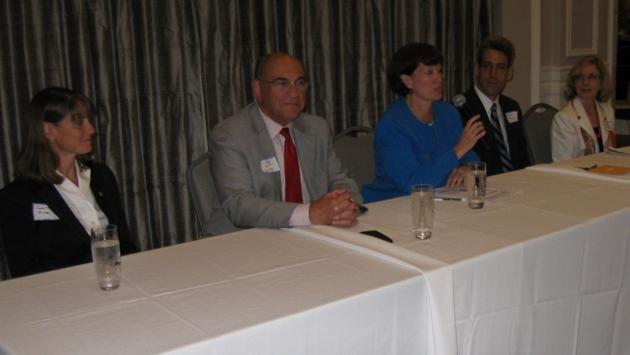 Members of the Evanston and Skokie delegation in the Illinois General Assembly told the local League of Women Voters Monday that one of their principal legislative initiatives was going nowhere this year.

The issue is a graduated rate income tax that would revise the flat tax provision of the Illinois Constitution.

The local league was supporting a statewide LWV effort to put a referendum on the November ballot that would lead to a graduated tax rate, whereby the more you earn, the greater would be the rate of tax that would apply to those earnings.

Local legislators told those attending the organization’s annual legislative luncheon that, while the votes appeared to be there in the Senate, it was unlikely to pass in the House, due to unanimous opposition by Republican members.