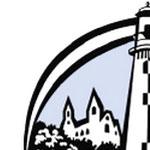 Evanston aldermen went through the quadrennial ritual of voting themselves a pay raise Monday night, accompanied by complaints they're overworked.

"We are not being compensated fairly for the work we do," said Alderman Ann Rainey, 8th Ward.

Alderman Jane Grover, 7th Ward, said, "On a good week" she devotes 30 to 35 hours to her aldermanic role.

Aldeman Coleen Burrus, 9th Ward, said the compensation committee appointed by the mayor should have looked at how much Chicago aldermen are paid, instead of just comparing pay rates with Skokie and Lincolnwood, where trustees make less than Evanston aldermen do and there are fewer of them.

But, as an analysis by the Better Government Association points out, Chicago aldermen have among the smallest number of constituents for the full-time aldermen in any large city.

At the opposite extreme is Los Angeles, where 15 city council members each represent more than a quarter million people.

By comparison, Evanston's part-time aldermen on average represent about 8,300 residents and are currently paid $12,000 a year.

Only aldermen Don Wilson, 4th Ward, and Mark Tendam, 6th Ward, voted against the 2 percent per year increase recommended by the compensation committee for each of the next four years.

"I don't believe anybody does the job for the money," Wilson, who works as an attorney, said.

But Rainey, who has no job other than her role as alderman, said she couldn't do it if she didn't get paid.

The aldermen also approved 2 percent annual pay hikes for the the mayor, the city clerk and the township supervisor and assessor.

And they approved new two-year contracts for firefighters and city workers represented by the American Federation of State, County and Municipal Employees that include pay hikes roughly similar to what the elected officials will be getting.

Aldermen to give workers, officials a raise