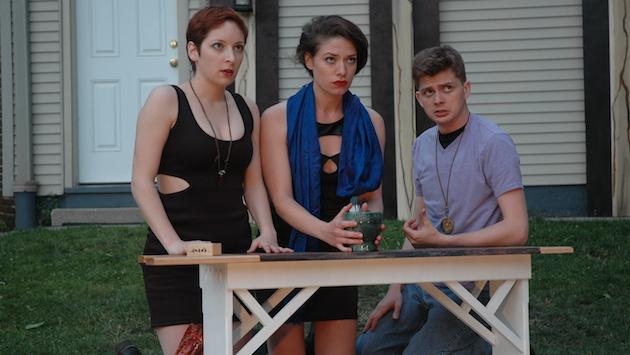 Arc Theatre’s “Macbeth” at Shakespeare on the Ridge marks the Evanston company’s sixth year in residence.

Since Arc’s inauguration, the company has expanded multiple times in different directions, including an upcoming performance of an original play by Artistic Director Mark Boergers at the Noyes Street Theatre.

Boergers spoke with Evanston Now regarding Arc’s growth and this production of what Arc dubs “Shakespeare’s most perfect tragedy.”

“I attended Marquette University's theater program with Michael Miro, who at that time was the Programs Director for Ridgeville Park,” says Boergers. “We were having a glass of wine and catching up when he mentioned he wanted to get some theater into the programming at the park and was thinking about Shakespeare.” From this opportunity, Boergers founded Arc Theatre.

“We selected the side of a hill near the art studio for our production, and designed a slick cut of the script of 'A Midsummer Night's Dream' in 90 minutes that focused on the complex relationships and unique storyline of the script.”

Arc Theatre’s first production was very successful, and they have since adopted these same tenets for every production, including this year’s “Macbeth.” “We decided on "The Arc Theatre" as our company title, a name that harkens to the archetypal origins of our show processes. We seek to find the common threads in story lines and characters that will relate to all audiences.” 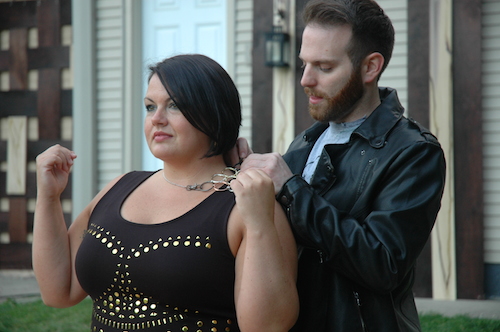 The play offers many theatrical tricks capitalized on by small theatre companies, including the supernatural characters. When asked what Arc’s members are doing with these elements, Boergers says, “Without giving too much away, I will say that this show has some exciting implications for our particular style of theater, especially with the Witches. We started from the very beginning treating the witches as real people rather than just supernatural occurrences. This allowed them to have real goals, real motivations, and real reactions to the action on stage instead of being removed. I will leave you with this. This is, in fact, a production of Macbeth. So that means…. there will be blood.”

Shakespeare on the Ridge was a springboard for Arc Theatre. Expansions have been made, including a production of “Top Girls” by Caryl Churchill at The Den Theatre in Chicago.

“Just this summer, our company has made another exciting decision. We love our Evanston home base so much that we would like to become more of a year-round fixture for our audiences. In February we hope to rent out the former Next Theater space at the Noyes Cultural Arts Center to produce an original play written by myself.”

On the artistic side, Boergers and Arc are invested almost completely in the audience experience. “The experience of a play shouldn't start and end with lights up and lights down- it extends, for both the audience and artists, beyond the play. That's what makes live theater so visceral and so personal- we're all in the room together.”