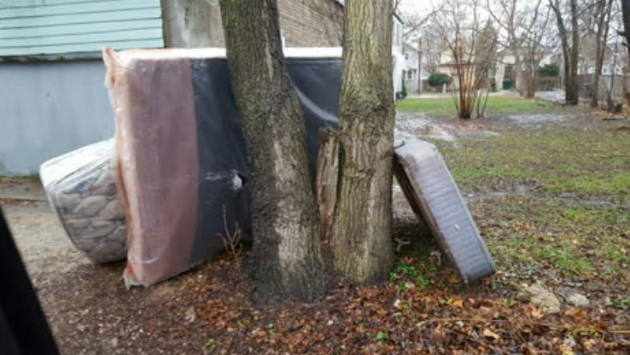 Evanston property taxpayers are subsidizing the cost of special trash pickups to the tune of nearly two-thirds of a million dollars a year.

There were about 3,000 special pickup requests during the year, and Stoneback estimated that only about 10 percent of them are claimed by callers to be the result of illegal fly dumping — someone dumping trash in the alley behind another person's property.

The biggest number of requests, he said, came from areas where there are a lot of housing units and residents tend to move frequently. 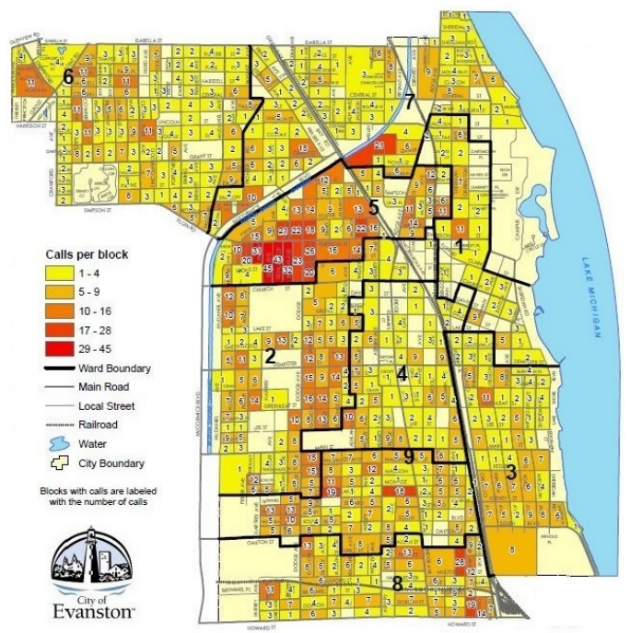 Where special pickup requests were made between October 2014 and September 2015.

To close the revenue gap, the current $25 bulk pickup fee would likely have to be raised to $250. That in turn would likely increase the number of people who falsely claimed the trash behind their house was left by a fly-dumper, or cause more people to engage in fly-dumping.

Stoneback said about one third of the cost of the pickup service is generated by the manpower and equipment needed to remove the trash, the rest is the cost of having it disposed of at a landfill.

He said private haulers he checked with quoted fees that would be more expensive than using city crews to do the work.

Aldermen on the Public Works Committee who heard Stoneback's report seemed to be leaning toward imposing some increase in the special pickup fee, but Stoneback noted that another alternative would be to increase the sanitation charge collected on water bills by about $52 a year.

No action was taken on the report, and Stoneback told aldermen he'd return with a strategy for dealing with the issue at a future meeting.