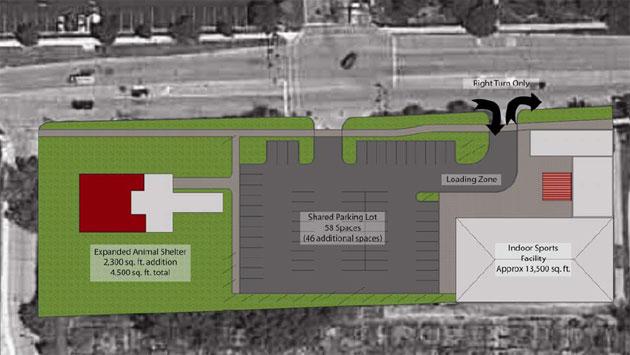 Evanston aldermen tonight are scheduled to get an update on the city’s negotiations with the Evanston Sports Federation, the alliance of youth sports groups that want to lease the city’s former recycling center and turn it into a sports training facility.

The City Council gave the city manager approval last September to negotiate a lease for the center, which is now only used for equipment storage.

That vote came after City Manager Wally Bobkiewicz had recommended that the building instead be sold off for commercial development that would bring more tax revenue and jobs to the city.

A staff report had suggested the property could be sold for $1.5 million and that after being converted to commercial use, it might generate $100,000 in annual property tax revenue.

By contrast, the sports groups propose to pay the city $1 a year in rent for a lease lasting 10 to 25 years.

The sports groups would provide equipment for the facility, but there’s no agreement yet on several key issues, including who would pay maintenance and utlitiy costs or the cost of rebuilding the parking lot to meet ADA standards.

The decision last fall to negotiate the lease was approved by aldermen on a 6-2 vote, with Rainey and Alderman Delores Holmes, 5th Ward, voting no. Alderman Coleen Burrus, 9th Ward, was absent from that meeting.

Top: A planned layout for the sports center at the old recycling center, and the adjoining animal shelter presented to aldermen last fall.