St. Francis Hospital in Evanston is in the midst of a cosmetic surgery project on its own building. 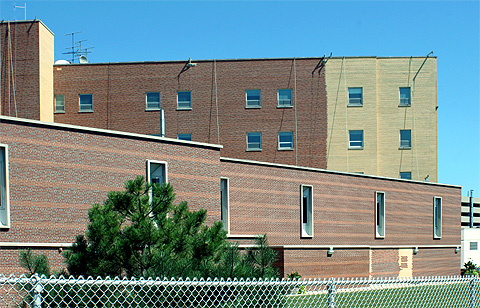 Work on the building’s south side is nearly complete.

It’s changing the color of the building’s brickwork from beige to red.

Beige brick has traditionally been popular in the Chicago area and was recently used on a new mid-rise condo building at 900 Chicago Ave. in Evanston.

But Margo Schafer, marketing director for St. Francis, says it looked dated on the hospital building at 355 Ridge Ave., which has expanded incrementally over the years since its founding in 1902. 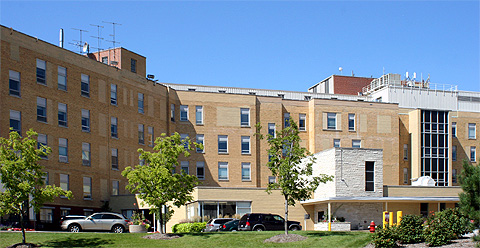 The east side of the hospital still awaits its face lift.

"We felt the outside of the hospital didn’t match the state-of-the-art care being offered inside," Ms. Schafer said.

"We did some research, held some focus groups, and found that people frequently make decisions about where to go for health care based on the way the hospital looks," she added.

Based on the research, hospital officials concluded the new color would give a better first impression to potential patients, and would fit in better with the surrounding neighborhood.

The work, which began in April, is scheduled for completion by November. It’s being done by the Nawkaw Corporation, an international firm that specializes in masonry staining and offers a 25-year warranty on its work. 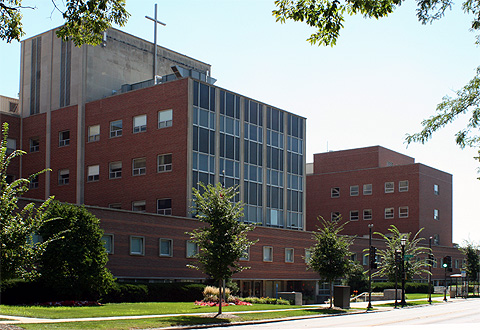 Work has been completed on the west facade, facing Ridge Avenue.

The job includes tuckpointing the brickwork and then individually staining each brick with a combination of liquid color pigments and resin solids.

The process permits varying the color tone from brick to brick to replicate natural variations in brick color.

Ms. Schafer declined to specify the cost of the project, but said staining the brick was the most cost-effective way to get the change in appearance the hospital is seeking.

The contractor has a webcam showing time-lapse images of the job’s progress. Neighbors of the hospital applauded the project at an 8th Ward meeting last week.