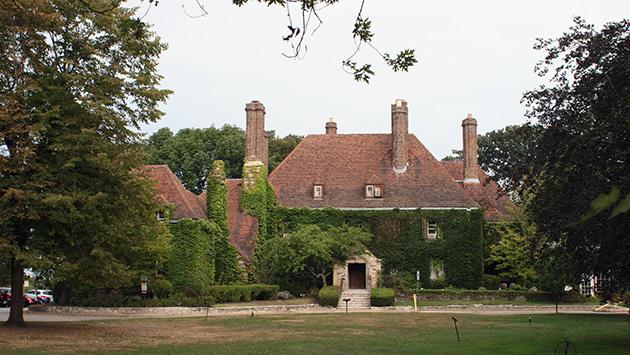 The Coastal Management Program of the Illinois Department of Natural Resources is interested in leasing Evanston’s lakefront Harley Clarke mansion.

The city’s Human Services Committee is scheduled tonight to discuss the concept of having the IDNR take over the space as well as get an update from the Evanston Art Center on its efforts to work out an agreement with the city to remain at the mansion.

The director of the coastal program, Diane Tecic, in a letter to City Manager Wally Bobkiewicz, says the mansion site is “ideally suited” for the program.

She says the IDNR would use the building for office space and offer a public meeting space and a coastal science classroom for area schools.

She says the project would maintain public beach and lake access and could offer kayak rentals and lakefront tours as well as hands-on workshops and training on natural resource issues.

Bobkiewicz says that if aldermen are interested in considering the state proposal, the agency would like to sponsor “a weekend community planning charrette on how the community best thinks this all might work.”

The Coastal Management Program  is funded in part through federal grants to states that have adopted programs to manage their shoreline resources. The agency says about $2 million in federal funds is available annually to the state for local coastal projects.

Meanwhile the art center says in a letter to the Human Services Committee that it’s “committeed to resolving any safety concerns” about conditions at the mansion “in a manner that will be mutually beneficial to the City and the Evanston Art Center.”

It’s asking for additional time, until January, to “complete its due diligence efforts” on determining what work needs to be done at the mansion.

Aldermen have been trying for years to decide what to do with the mansion, which has substantial deferred maintenance issues from its decades-long $1-a-year lease to art center.

Art Center officials in July said they wanted to move out of the manson, but reversed course last month and said they want to stay after failing to find new quarters elsewhere they could afford.

That left open the question of whether the center is willing to pay rent sufficient to cover maintenance costs at the mansion — or rent similar to what other arts groups pay at the city’s Noyes Cultural Arts Center.

In response to a city request for proposals for new uses for the property, Col. Jennifer Pritzker presented a plan to fully renovate the mansion and expand it into a boutique hotel. But aldermen, responding to complaints from neighbors, rejected that proposal before even fully discussing it.

When city staff then presented a list of immediate repairs the property needed, aldermen indicated they didn’t want to spend the money — at least until a plan for the future of the property had been agreed upon.

Last weekend, on a tour of city facilities, the aldermen learned that the mansion is only one of many city recreation facilities that are expected to need millions in fix-up expenditures over the next few years.