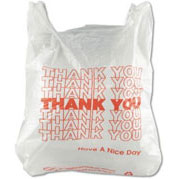 SPRINGFIELD — Illinois lawmakers are pushing for a statewide plastic bag and wrapper recycling program, the first of its kind in the country.

SPRINGFIELD — Illinois lawmakers are pushing for a statewide plastic bag and wrapper recycling program, the first of its kind in the country.

The bill would bar local governments like Evanston from banning or taxing plastic bags and wrappers. But the bar on local regulations would not apply to the City of Chicago or to Cook County.

The bill, sponsored by state Rep. Michael Tryon, R-Crystal Lake, requires plastic bag and wrapper manufacturers to establish collection sites within 10 miles of Illinois residents in 90 percent of counties by 2014.

"We could do nothing and recycle 2 percent of our bags next year, or we could put in a statewide program and make it to 13 percent," said Tryon.

This collection program would evaluate plastic bag and wrapper recycling rates. It would expire in four years, unless the General Assembly renews it.

The bill passed the House Environmental Health Committee today with support from manufacturers and retailers and is expected to go before the full House.

An identical version of the bill passed the Senate in late March by a 36-15 vote. The bill has support from the Illinois Manufacturers' Association, Illinois Retail Merchants Association, Chemical Industry Council of Illinois and Hilex Poly, the largest plastic bag manufacturer and recycler in the United States.

Alderman Coleen Burrus, 9th Ward, told Evanston Now this evening she was aware of the moves in the state legislature and expected the local pre-emption rule would be adopted.

Last fall other aldermen sharply criticized a bag ban proposal pushed by Burrus and the city's Environment Board after local business owners said they hadn't been consulted in developing the plan.