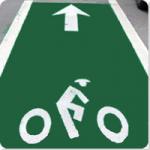 Evanston's plan to add protected bike lanes to two more streets won't be affected by the state transportation department's skepticism about the safety of the lanes.

The Illinois Department of Transportation has decided to bar creation of protected bike lanes on roads under its jurisdiction while it gathers more data to determine whether the lanes are safe.

That decision has stalled several protected bike lane projects in Chicago because they involve roads that are, at least in part, under state jurisdiction.

But the proposed bike lane projects in Evanston — on Davis Street and Dodge Avenue — both involve roadways that are under city control.

Bike lane advocates say that rather than waiting to gather its own data, IDOT should rely on studies from other communities that have had protected bike lanes longer than Illinois, which the advocates say show substantial reductions in accidents where the lanes have been created.

Evanston last year created a protected bike lane on Church Street from Dodge Avenue east to downtown. The Davis Street project has already been funded for construction this year and the city has recently applied for grant funding for the Dodge Avenue project.

But Robinson says the halt to projects on roads under state jurisdiction will bar the city from extending the Church Street protected bike lane west to the city limits.

It would also block creation of such lanes on some other roads, including Dempster and Central streets.

Robinson says the new bike lanes on city streets will let the city provide traffic accident data to IDOT that should help determine whether the state will lift the ban on protected bike lanes on roads it controls.

It's believed the state may review its decision on the protected bike lanes by 2014.