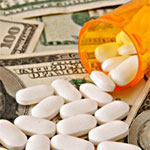 SPRINGFIELD — Illinois could add 100,000 new enrollees to its Medicaid rolls in the near future.

SPRINGFIELD — Illinois could add 100,000 new enrollees to its Medicaid rolls in the near future.

The Illinois Department of Healthcare and Family Services, which administers Medicaid, asked the federal government to approve accelerating the expansion of the state-federal health insurance program under the federal Patient Protection and Affordable Care Act.

Medicaid funding normally is split equally between the state and the federal government. But the cost of the expansion would be split between Cook County and the feds, with each paying around $125 million in tax dollars annually.

These are costs Cook County would be paying anyway to care for low-income patients who show up at the emergency room because they can't afford a doctor's visit. Cook County is simply looking to recover some of those expenses, said Mike Claffey, a spokesman for the state's Department of Healthcare and Family services.

"People in my district, they pay state taxes, they also pay federal taxes," Righter said. "And they care how much their governments are spending, not just in Springfield but in Washington, (D.C.) as well."

Righter voiced concern that the state would be stuck with paying for the 100,000 new enrollees if the federal health-care law is struck down in whole or part by the U.S. Supreme Court before the end of this year since their eligibility is based on the new law.

Beyond approval at the federal level, the expansion requires state lawmakers to revisit changes to Medicaid they approved last year that suspended the addition of more people to Medicaid.

Last year's reform also sought to expand income verification and residency checks for participants in an effort to prevent fraud.

But those changes haven't gone into effect, because the state has not received a waiver from the federal government. The federal health-care law prohibits shrinking the state's Medicaid programs to levels below those set in March 2010 without a federal waiver.

California, Connecticut, Minnesota, New Jersey, Washington state and Washington, D.C., have taken similar steps to those being sought by Cook County, according to The Kaiser Family Foundation, a think tank that focuses on health-care related issues.

"A lot of other states are not in the similarly fiscal crisis we are in. So we just ask for flexibility," she said.

If nothing changes, the state will end up having $21 billion in unpaid Medicaid bills by 2017, according to a report released Monday by the Civic Federation, a nonpartisan group that focuses on budgetary matters.

Without changes, Medicaid will consume 40 percent of the state's general revenue fund by 2017, the federation predicts.

Laurence Msall, president of the Civic Federation, said the waiver would help the Cook County Department of Public Health, which has a deficit of $120 million, $39 million of which could be erased if the state processed Medicaid applications faster.

Righter's and Bellock's criticisms came after Gov. Pat Quinn said "Medicaid" just twice during his State of the State address Wednesday. The lack of specifics for reining in the swelling cost of Medicaid set off a surge of concern from lawmakers.