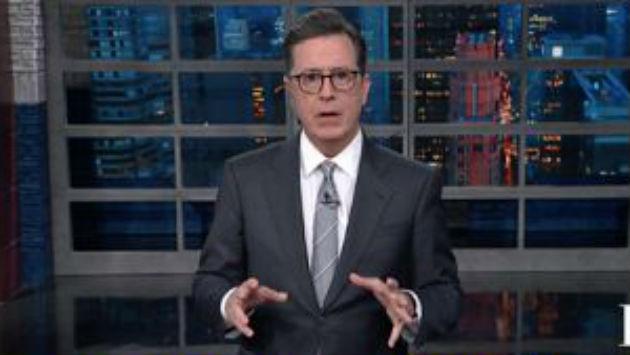 Late night television megastar and Northwestern alum Stephen Colbert is scheduled to host the final event of a reunion event for the School of Communication alumni at CommFest 2018 on the Evanston campus in April.

Colbert, who hosts the nightly CBS Late Show, is no stranger to Evanston, as he has served as the grand marshal of Northwestern’s annual Homecoming parade and as the school’s commencement speaker since his graduation from the School of Communications in 1986.

CommFest, slated for the weekend of April 20-21 is expected to bring a number of notable theater grads for a reunion event that is structured around the student’s activity rather than the year of graduation.

At Northwestern, that means the Waa-Mu Show, the Dolphin Show, WNUR, Studio22, the Debate Society, and writing for the screen and stage.

Event organizers promise the event will feature “two packed days of entertainment, immersive learning, re-engagement with the campus community, reminiscing with classmates, and, in general, a lot of fun.”

Friday will feature departmental open houses and campus tours, plus panel discussions on such topics as computational literacy and the next frontier of digital media; a demonstration of puppetry and performance; and introductions to virtual reality technologies.

That evening, all guests are invited to a series of reunion parties.

Saturday will feature various theatrical productions and workshops, an ongoing film festival, a Block Museum exhibit, as well as faculty and student showcases.

The festival will conclude Saturday evening with “A Starry Night,” hosted by Colbert and featuring celebrated alumni in the entertainment industry. It will be presented in the new Ryan Fieldhouse, still under construction at the north end of the campus.

Ticket prices range from a low of $100 to a high of $1,500 for the big donors and covers admission to all CommFest events.