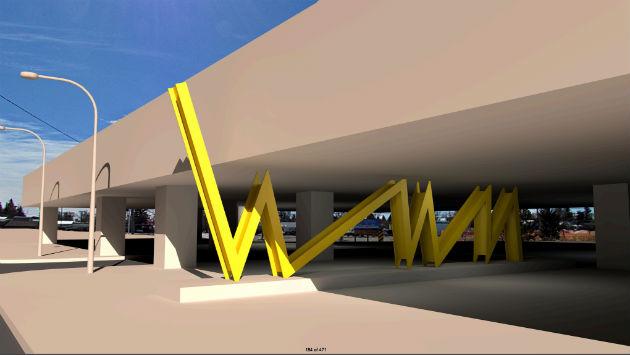 Evanston aldermen Monday are scheduled to approve spending nearly $89,000 for a lighted sculpture called “Stitch” to be installed beneath the Union Pacific viaduct at the intersection of Emerson Street, Ridge Avenue and Green Bay Road.

The work, designed by Warren Langley of Sydney, Australia, was recommended last month by the city’s Arts Council as the as the best of three proposals submitted for the site. 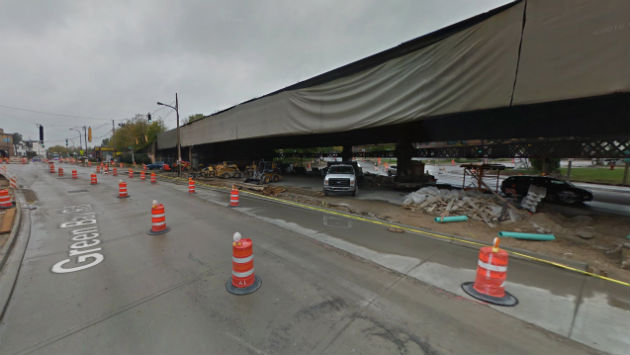 The intersection was substantially rebuilt last year, and the art work is being recommended as part of a city program that attempts to devote one percent of spending on major public works projects to artwork that will enhance the project sites.

Langley says the sculpture is designed to represent an effort to stitch together neighborhoods divided by the viaduct. 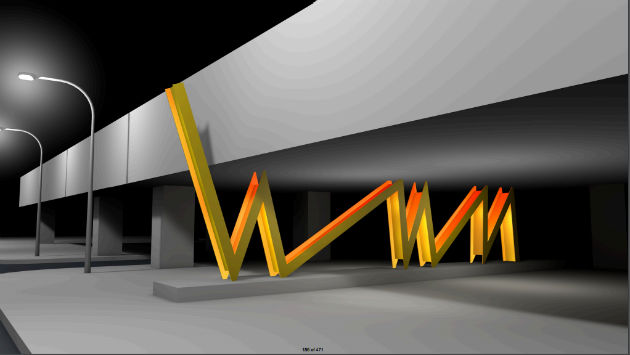 A rendering of the sculpture at night.

He says the sculpture, to be made of epoxy or polyeurethane coated steel, would include concealed LED lighting — with red lights on the top surface and white lights on the underside, which he says would combine with ambient light to give the sculpture a different appearance at different times of day.

Langley says the lights for the 40-foot sculpture would be easily replaceable and use a total of no more than 150 watts of power.