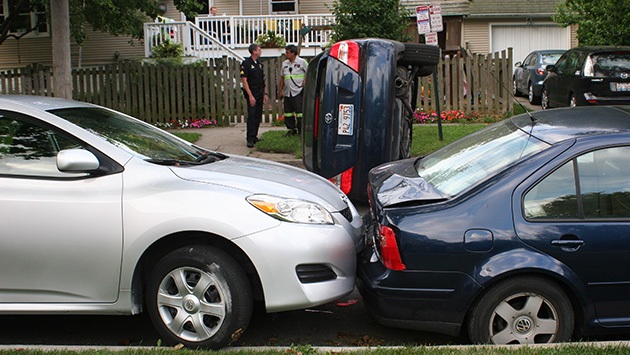 The blue Toyota sedan, that had been stolen Monday in the 700 block of Madison St., failed to successfully negotiate the rotary at Greenleaf and Dewey, struck a silver Toyota parked at the curb, pushing it into a third vehicle, and then flipped onto its side. 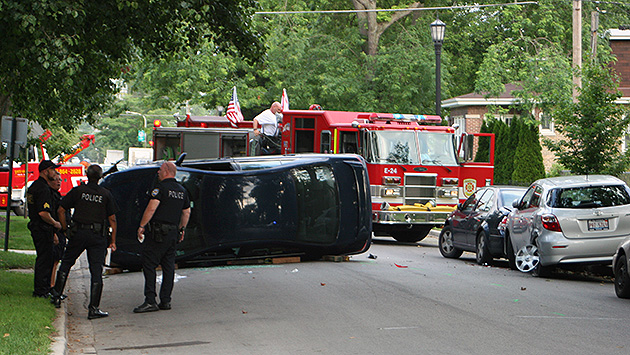 Evanston Police Cmdr. Jay Parrott says the driver has been hospitalized with none-life-threatening injuries and that charges are pending.

Update 9:15 a.m. 7/18/13: Cmdr. Parrott says the driver was charged with a number of traffic violations including using a hand-held device while operating a vehicle. He says police were unable to confirm that he had stolen the car himself, so in relation to his being in the stolen car, he was charged only with trespass to a vehicle.