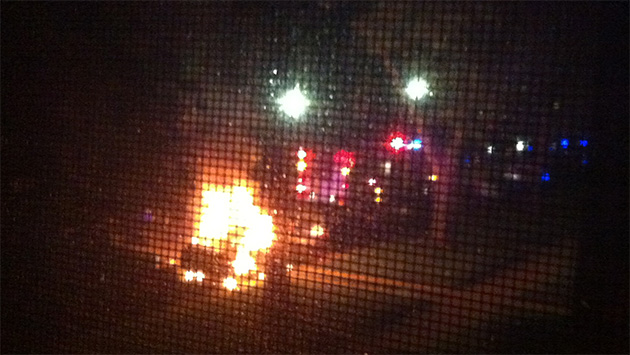 Evanston fire officials say a stolen car was set on fire in the 500 block of Michigan Avenue about 4 a.m. today.

No one was inside the car, and Hohl says no injuries were reported.

The torched car, a 2012 Nissan, was reported stolen in Chicago on May 28, and Evanston police are investigating the incident.

Police spokesman Perry Polinski says officers have a vague description of a person who is believed to have started the fire — a heavyset Hispanic man who drove off in a white car.

Top: An image of the burning car shot through an apartment window by a nearby resident awakened by the noise.