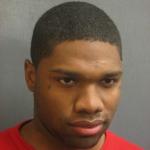 It was bad enough that the driver and passenger of a car driving northbound on Dodge Avenue at Madison Street Sunday afternoon were not wearing safety belts, but when they were stopped by Evanston police, it turned out the driver had a stolen handgun and no drivers license or proof of insurance.

Consequently, the driver, Virgil M. Houston, 21, of 9463 Niles Center Road, Skokie, was arrested and charged with one count of aggravated unlawful use of a weapon, as well as possession of a firearm and ammunition without a firearm owner’s identification card, failure to wear a safety belt, operating a vehicle without a valid drivers license, and failure to have proof of insurance.

The .40 caliber semiautomatic handgun was reported stolen from Shelby County, Tenn. Houston admitted to possessing the weapon and is currently on probation after being previously convicted of aggravated unlawful use of a weapon last July.

A date and time of a court appearance was not immediately set.