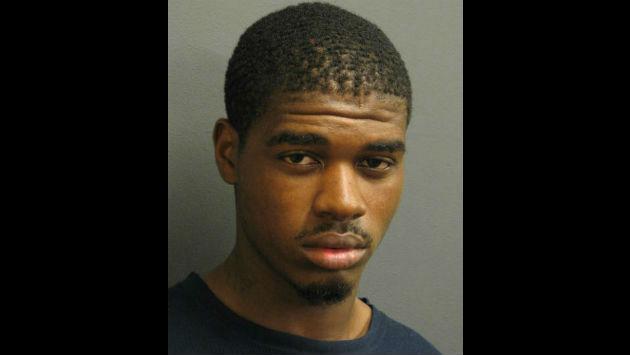 Guided by signals from a stolen iPhone, Evanston police arrested Tewayne T. Kennedy, 21, of 1932 Jackson Ave., Thursday morning and charged him with residential burglary and criminal trespass in connection with a predawn burglary in the 1100 block of Foster Street.

It was the first of two unrelated arrests in burglary investigations that day.

It all started at about 6 a.m., police said, when a 48-year-old woman in the 1900 block of Wesley Avenue reported to police that she saw someone fitting Kennedy’s description entering her garage through an unlocked service door.

The suspect fled on foot when police arrived, according to Cmdr. Joseph Dugan.

Then at about 8 a.m., Dugan said, officers were dispatched to an apartment in the 1100 block of Foster Street, where a 21-year-old man reported he had discovered someone fitting Kennedy’s description inside his apartment at about 5 a.m., saying he was looking for someone else and must have had the wrong apartment.

The Foster Street occupant told police that the suspect was carrying a tan backpack. When his roommate returned to the apartment, police said, he discovered that his tan backpack containing a laptop computer, an Apple 6 iPhone, and a wallet was missing.

Signals from the stolen iPhone enabled investigators to track the phone to Kennedy’s residence, where the stolen backpack and its contents were recovered, Dugan said.

In the other incident, Kristia R. Berg, 24, of 1458 Chicago Ave., was arrested by Evanston police and charged with burglary in connection with a garage breakin in the 1200 block of Hinman Avenue Thursday afternoon.

Officers had responded to a caller, at about 4:48 p.m., who reported seeing an unknown woman enter the garage of a neighbor. A subject who matched the description was located by officers in the 1200 block of Chicago Avenue. She was identified by the caller as the woman seen entering the garage, police said.

Officers said they made contact with the owner of the garage, an 84-year-old woman, who they said was unsure what, if anything, was stolen from the unlocked garage.