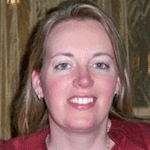 Storlie replaces the position filled by Joe McRae as he moves to the Department of Parks, Recreation and Community Services as director.

Storlie will continue to manage the Community Engagement Division, work with Bobkiewicz on citywide projects and represent the city with a variety of different local and regional organizations.

Bobkiewicz said Storlie's "abilities as a collaborator, innovator and manager will not only help with the day to day operation of the city, but her leadership skills will inspire all of us to do better serving the residents of Evanston.”

Storlie has been community engagement manager since 2012 and has worked for the city in various assignments related to technology and web infrastructure since 2004.

She previously worked for Sony Electronics in San Diego. Storlie has a bachelor’s degree in organizational behavior from Northwestern University and is pursuing a master’s degree in public policy and administration at NU.

The changes involving McRae and Storlie in the city manager’s office will result in the elimination of one manager position in the office.