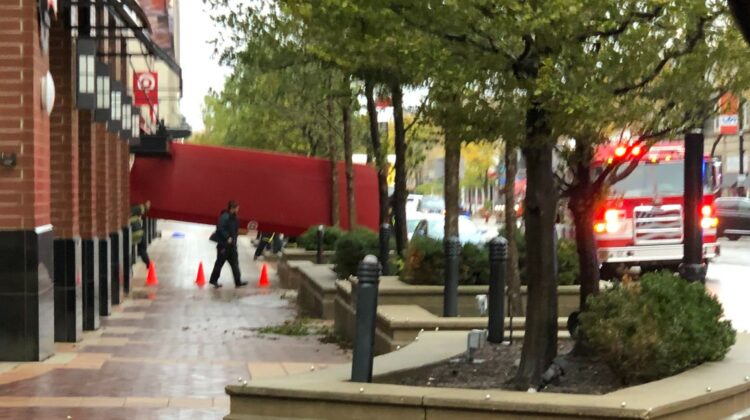 An awning blown down by the storm at the Target store on Sherman Avenue.

Canvas awnings, tree branches large and small, and outdoor heaters not tied down were no match for gusty winds which blew through Evanston Sunday night into Monday.

An awning and its metal frame at the downtown Target store were ripped down Monday morning, along with another awning at the Gearhead store nearby.

The City reported tree damage in 10 locations, street flooding in three, along with scattered traffic signal outages as of 9:50 a.m. 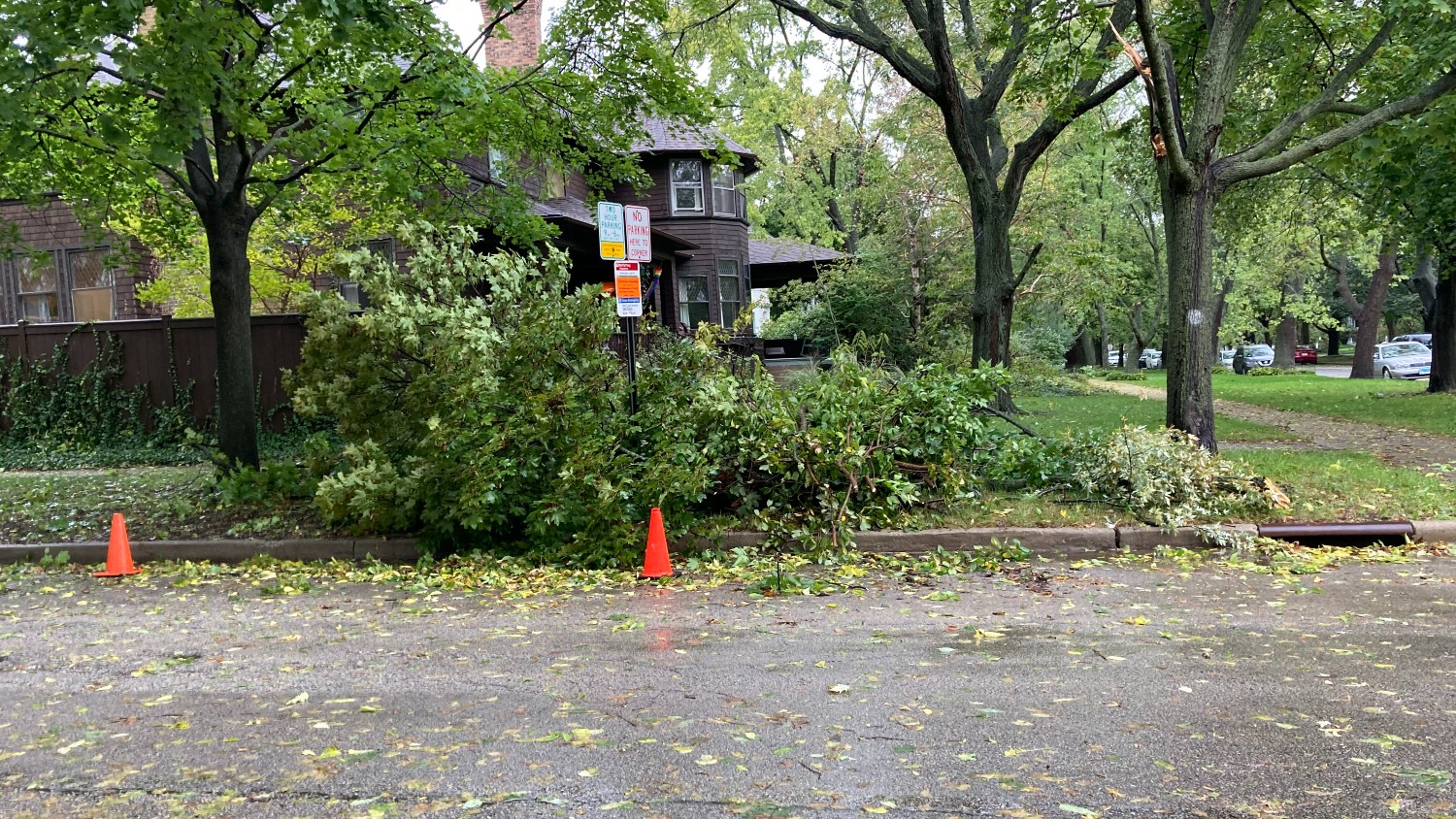 Continuing with outages, as of that same time there were 10 places where the power was gone, impacting 254 customers, according to City spokesperson Patrick Deignan.

Even though Lake Michigan looked like the blustery North Atlantic, there were no reports of lake flooding, nor any indication of problems with the sandbag wall at Greenwood Beach.

Any hazardous conditions which might result from the wind will be addressed once that wind dies down, unless it is an immediate emergency.

The National Weather Service says we can expect blustery northeast winds gusting as high as 50 miles per hour until the storm dies down around 3 p.m. Monday.